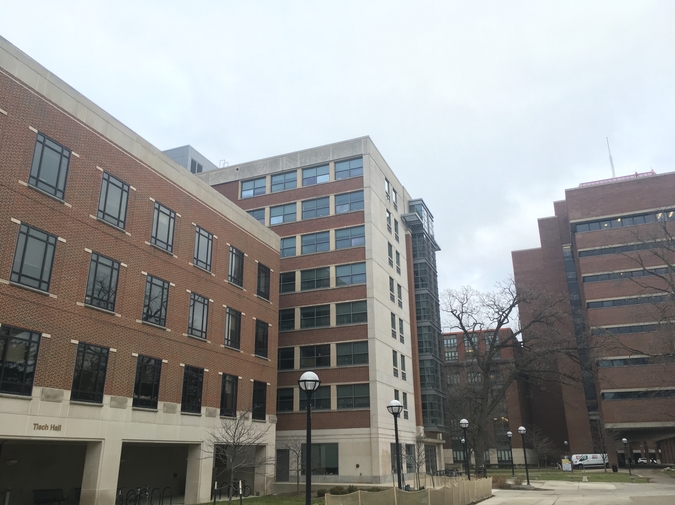 Though it will be inevitable at times, try not to get sick on the weekend; the specialty doctor’s office isn’t open on the weekend and a normal clinic won’t know what to do with a body this malfunctional. Even when the trend fades, avoid people who are clearly sick in public; shy away from anyone who’s coughing even though it will feel like the worst type of hypocrisy. Remind yourself you are different now; you have reason to be cautious. Maybe forever but especially when you do go to the clinic or hospital, wear a mask to protect yourself from everyone. Protocol has always been to stay a minimum of 6 feet away from others; resist the urge to bring a tape measure and just to be safe, stay away from everyone. Keep up with your medication regimen. Learn your limits; cancel plans with friends when you know you can’t handle it. Don’t apologize in shame for your body’s failures. Become experienced with opening your veins for needles; learn to make a fist with your hand to help the nurse path her way toward your pulse and keep your breaths steady, tell the nurse how your veins roll and hope she listens. Adjust accordingly; don’t be afraid to ask for someone else if she keeps rushing the needle in at the wrong angle. Sit still for procedures, especially if they hurt. Learn to untangle tubes; there will be nights where your medicine lines and oxygen hoses get lost in each other and you will need to know how to give yourself some slack when you’re half-awake. Try not to step on your oxygen tubing, it will scream an ear-piercing scream you didn’t think possible if air gets trapped in the line and has nowhere to escape. The smell of antiseptic may become home and that’s okay. Look away when they draw blood if you need. Stare at the ceiling and count the tiles when you’re waiting around for something or someone or just wishing you had anywhere else you could be, which will be often. When you run out of tiles, start counting the specks on the ceiling; form constellations out of them because you’d rather be looking at the night sky anyway. Breathe, even when it feels impossible. There is always air even when it doesn’t seem like it. When you hear bad news, you will likely taste acid in the back your throat. You will someday realize you will never get used to hearing bad news and that’s okay, it means you want to be alive despite the low statistical probability of your survival. You will never be alone in the hospital. You will lose a lot of dignity in the hospital. You will feel more alone than ever in the hospital. Make friends with the good nurses; don’t be afraid to stand up for yourself with the bad ones. Sometimes nurses will bend the rules for you once they get to know you. Sometimes your favorite nurse will bring you the darkest coffee the cafeteria has because once you told her your dad grinds and brews his dark coffee beans every morning before work and she thinks maybe you miss the smell of home. You will still hate the taste of coffee but place the cup under your nose and inhale the steam until it turns cold and stale and there’s nothing left of home to smell. There will be many bad days where steady IV alarms beep into the darkest hours. Despite what most people believe about sickness, there will be good days too; days where a normal life is not just possible, but enjoyable. Take these days for granted and do more than you should because who knows when you’ll be able to handle so much again. Breathe deep because you know what it feels like when air is impossible. Let yourself exist and ignore anyone who glares at you because they think you cough too loud. Schedule time in your routine for treatments even if that means taking two hours out of your day, your body doesn’t know how to work without them. Allow yourself to cry when it becomes overwhelming. Scars will be asked about like they’re tattoos; tell anyone who asks about the cutting pain of a biopsy, about the wincing defeat of a fifth attempt to place a central line, about how you forgot to be embarrassed that a room of interns have seen parts of you that only you have ever held. Don’t skip over the part about the grandmotherly nurse who held your hand as you felt the anesthesia kick in, the same one who waited with sprite in post-op, about the one who always wore red scrubs and did all the work to prove to the doctors you didn’t actually have the blood infection they were determined they were right about, about the former prison guard who convinced you to get that port in your chest that now saves you all those other needle sticks. Walk however hurts the least; you know there are pockets of the hospital where laughter exists despite every pain if you are patient enough to find solace in the body you have.

Kristin Entler was diagnosed with cystic fibrosis at 6 months old, and first came out as LGBT+ several years after her diabetes diagnosis at 12 years old. She recently relocated from central Alabama to the Ozarks, where she lives with her partner and their dog, Azzie, who maintains that he gets all his stubbornness from both his parents. Currently, working toward her MFA in Poetry at the University of Arkansas, her work has appeared in publications such as The Bitter Southerner, Poetry South, Gulf Stream Literary Magazine, and Poet Lore, among others.