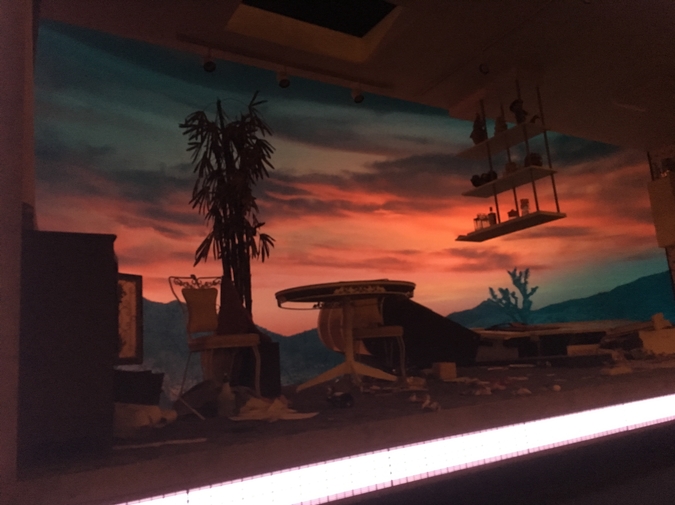 When I was eleven I threw a woman’s back out. In kempo class, practicing strikes, my fist would halt and barely graze her. “I am attacking you,” she said. I was supposed to hit her in the abdomen.

Finally I punched her. The motion didn’t feel any different, but she gasped, a jolt of breath I still hear. She couldn’t straighten up at first. You don’t know your own strength, they told me.

I write this in a bar, at a corner table, while a zydeco band plays covers of songs from the eighties.

Historically, I haven’t been great at making plans or keeping in touch with people, except the person who––by my own choice––society says I am not supposed to care about anymore. I know these things about myself, but it hasn’t greatly affected my behavior. Other things I know: I work too much. I assume I need to do everything. Part of me always waits for the other shoe to drop.

“Scream and jump out?” As if I could make it a real question. We were lost in the woods, literally, circling an access road. I’d been imagining the rich people who lived in these waterfront houses, the lives of eggshell cashmere and European vacations they must lead.

A minute later he turned down a boat ramp.

The band is playing a trumpety cover of a-Ha’s “Take on Me.” I’ll be gone, in a day or two. But I don’t know how to be gone. Relationships, stories, evenings: I always loop back.

Speaking of: I workshopped another essay with this beginning a few years back, in my graduate program. The teacher at the time was also my boss. In the room where I sent officious emails on his behalf he told me, “This essay isn’t actually about karate.”

“I know,” I said, defensive. Waited for him for tell me, exactly, what he believed it was about.

I can’t tell you what the lake was about, because I don’t know myself.

Even now I doubt my memory. So he turned the car into a driveway that led to a ramp that led into a deep, dark body of water; so you waited for someone to come out of that house, waited for him to brake; so the windshield filled with water. So? You shrieked and he stopped. He laughed. He stopped. Not like he killed you. Not like he would have killed you. Surely did not mean to drown you both. The roll down that driveway unfurled leisurely, glacially.

Even if he had gone further into the water––if––you could have hopped out. He would have stopped, at some point. You loved each other.

He would approve of me writing in a bar. He always was my biggest champion.

You don’t know your own strength. Put another way: You do not understand your capacity to hurt.

It’s not fair to imply he was the only one in the wrong. I did—said—things I’m not proud of, either. Sometimes I could be awful. A photographic memory and jealous streak don’t make for the best combination.

I earned my black belt at thirteen. After that, I sparred with men in their thirties or forties and always lost. Too anxious to strike, I kept circling. There’s a tension in circling, an inherent enjoyment. I’ve always been a little afraid to get close to people.

Or afraid they’ll get close to me. That’s probably it.

Scream and jump out, I said, watching us slide toward the water, letting the safety belt hold me in place. See me pull my punches, still.

I told my closest friends that I left him because of the lake. That’s not quite true. I left for the trembling in my limbs when I first spoke of the lake, weeks later, and the look on my roommate’s face as she listened, confirming what my legs already knew.

Some nights I can't stay in my body. Walking the aisles of CVS, picking up a prescription, I float. Feels like being a kid again, treading circles in the northern Atlantic. When I was small the cold felt worth it. I liked to see how long I could stay in. Until long after my skin went numb, swimming as wonderfully far as I could get from everyone I knew, out into the wide gray ocean.

During graduate school, I lived in a quiet apartment complex on the edge of town with a hot tub across the parking lot. I liked to read for class while soaking in the hot tub; it allowed me to indulge while staying productive.

Six weeks after the breakup, while reading for my comprehensive exam, I fell asleep in the hot tub. Only for a second. A few seconds. That Monday I told the story at work. “Yikes,” my coworker said. Yup––after that, I joked, I figured I’d studied enough, and she laughed.

But I’d fallen asleep on purpose. I’d been drifting that afternoon, struggling to focus. The sun warmed my skin and I felt tired, always so tired, and I’d closed my eyes, and tried to relax.

On the boat ramp afterward, while he wiped his eyes, I looked at the stranger’s house through the passenger window. Their patio looked like real brick tile. In the strip of grass between the driveway and the house stood a plastic treehouse structure, a miniature playground, in primary colors. My kid cousin had the same playset years ago, and I thought of their lush green backyard, their fat tabby cats. When his laughter died out he said, “We should probably get out of this stranger’s driveway, huh.” Yup. I remember keeping my voice as even as I could make it. Let’s go home. We still thought we would make a home then.

I didn’t come home when I graduated. I still haven’t.

Austin was a mistake, I think sometimes, as if Austin is not where I remain. I do this the same way I eat artisanal cheesy bread from the bag while contemplating veganism. Here I stay, making a home, not wanting to commit too fast. Treading water.

In all parts, deep down, I wanted to go back to the time and place when we were 25, sleeping on my too-small (he said) mattress with the perpetually uncovered duvet in that small white room with cold floorboards and the open window that, in the summer, let in sounds of the neighbors fooling around to the seven o’clock news. In Austin, in sunny January, I see my teenage neighbor carry an AR into our building and remind myself that this is normal here.

I quit karate over a boy. It’s true. At the dojo I studied with a beautiful boy who ranked below me but received more respect, and that made me feel more inadequate in my fat, grown-woman body than I already did. Martial arts wasn’t a place I felt at home anymore; I wasn’t good enough, I thought. I regret that. And still, I catch myself defining home by the bodies of men.

I left him the second time because I met someone. That’s the simple and untrue explanation. On our first date, the man I’d met helped me into his car and my legs shook enough that he turned up the heater. I felt happy, safe. There was no reason my limbs should shake anymore, and so I listened. They said, Men can drive you anywhere.

He apologized, of course. More than once. I forgave—forgive––him. We loved each other.

That doesn’t mean I could let it go.

In Austin, we get breezes. Not wind in the New England sense, in its precise and explicit sensation of having the winter breath sucked from your throat. Austin is sunny and dry, a fried egg graffitied onto a fence. Austin is rosemary plants and the subtle threat of bees everywhere, all year long. In Austin I return to my natural state of aloneness.

But Austin is also this: sitting on the balcony of a third-floor apartment, looking out at the trees, me in one chair and a black cat in the other. Reading the news in bed. Sangria on a small concrete patio while a dear friend fiddles with an overgrown basil in her garden. Breakfast tacos; breakfast pizza; baking bread. Reading Zadie Smith, patron saint of north London. The cool dark of Alamo Drafthouse. Popcorn tofu. Hiking in February. Ada Limón, Tracy K. Smith. Cats in the sun, chins resting on their crossed, ladylike paws. Dogs, everywhere: coffee shops, bars, brunch. Expensive coffee. Less expensive coffee. Googling advice at midnight. Driving in a nighttime flood, and pulling through.

Heather Lefebvre is a writer and editor from New Hampshire. Her writing has been published in Sycamore Review, Indiana Review, Story|Houston, SunMoon Missive, the anthology I Scream Social, and has been nominated for the Pushcart Prize. When she's not writing, you can find her at a karaoke bar.