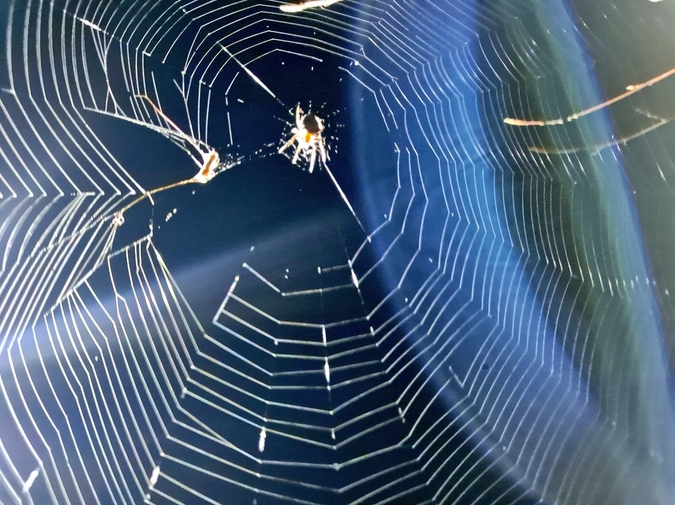 The Indianapolis shooter was a brony, turns out. With a strong preference for Applejack, the orange pony with the cowboy hat. Just under an hour before shooting up the FedEx Ground facility and killing nine people, himself included, he made a Facebook post declaring, “I hope that I can be with Applejack in the afterlife, my life has no meaning without her.”

In the Twitter thread under which I found out about this, several people had wryly criticized the shooter’s taste in ponies, arguing that Applejack paled in comparison to Twilight Sparkle and Fluttershy, the sexy ponies.

Details like this have long ceased to be bewildering, disturbing, or even entertaining. It’s all part of the fiction of everyday living. I stuff the news back in my pocket, pull a shirt over my head, make the eggs a little differently today.

Sometimes when I look out the window, I picture a bullet piercing the glass and lodging in my skull. It’s silly, but this is a side effect of country living: everywhere I go, I consider the angles from which a weapon might be fired. Grocery stores are the most common settings for these fantasies. Walmart parking lots. Movie theaters. Churches. Campus.

It’s not all bad here in rural Virginia. Drivers are far less aggressive than they are in the northeast. I drink iced tea or coffee out on the deck, where I can soak up the sun without having to see or acknowledge other people. The neighbors have rusty trampolines and plastic pools in their yards and always you can hear lawnmowers, dogs barking at passing FedEx trucks, and the steady scream of birdsong. The mountains are plump and purpling with spring.

On the anniversary of her death, I email Grandma Dotte to update her on all she’s missed in the year that she’s been gone. When she was alive, she used to forward me news articles on each event and every disaster. In my email, I write of violence, of illness, of politicians, trying not to get bogged down in the details. I say, I miss kissing the top of your head while you sit in your armchair. I miss all your tender little frustrations. I miss the regularity of your phone calls. I still wear your old socks, the black ones with the music note pattern.

If there’s an afterlife of any kind, she will find a way to write me back.

Grandma Dotte was born and died in April. In my mind, April has always been an old month, despite its associations with birth and rebirth. April smells like a hospital and sounds like a cello. It is the pink not of flowers but of an old woman’s blouse, or an antique teapot. The pink of department store lipstick.

This April is a month of hesitant evacuation. The weather warms and houses begin to purge themselves of winter’s long isolation. People stumble out their front doors to check the mail and wave at neighbors. They pile unwanted furniture out on the curb and drink porch beers, trading screenlight for sunlight. People go to the park, to the movies, to bars, to bingo night, to fling their happy voices into the mild spring air, finally, again.

I’m on the highway, stuck behind a slow driver in an orange Chevy Spark with a license plate that reads: IT NVRNZ. It takes me a moment—I have to read it out loud for it to click—and then I break into smiling.

My plate says FRAN DOR, named for the original owner of the car, Doris Francis, my Nana. She’ll be 92 this year and her memory’s shot; she called me three times this year to wish me a happy birthday and didn’t even get the month right. She hasn’t forgotten her car, though. Each time we speak she asks if I’m the one who got her Honda, then asks how I like it and I say very much. I tell her parallel parking has never been smoother.

My parents and I visited Nana in Pennsylvania a month ago. We snuggled on the couch while newscasters droned on the TV. With airbrushed faces and plastic voices, they spoke of vaccine distribution, of the country “opening up,” and of the uptick in mass shootings.

“It never ends, does it,” Nana said, more a statement than a question. I squeezed her hand and laughed.

Upstairs, Uncle Russ was watching a Western in his bedroom. Sounds of gunshots and silver screen heroism dripped down through the wood-paneled ceilings. I’ve looked into my uncle’s room only a few times in all my visits; it looks like a stage set for some outdated projection of apocalypse. Blankets cover the windows and pistols line the walls like curated relics in a museum. Russ is a single-issue voter who believes firearms should be in the hands of the people. Never once have I heard a hateful word out of his mouth. Each time I see him, he slips some rare, discontinued coin into my palm. My uncle doesn’t trust in banks and therefore invests a solid portion of his money in old coins, gold, and antique guns, things of tangible value.

When Uncle Russ came downstairs to say hello and check on Nana, my mother asked what he made of all the shootings in the news, gesturing at the TV. It’s not the guns’ fault, guns don’t go around shooting people, he said. It’s the stupid people behind the guns.

Mom asked what could be done to prevent stupid people from accessing guns and his eyes withdrew. He muttered something about background checks. Nana turned to face me, the recognition draining from her eyes, and asked if I was the one who got her car.

I don’t tell her about the missing armrest, the dent in the passenger door, the vacuum-resistant dog hair that carpets the floor. I preserve the car the way it exists in her mind, a brand-new silver bullet with a bouquet of plastic and faint tobacco. The newest car she ever had.

April’s over now. May, too. June has arrived and I have no source of summer income. Instead of advertising my services as a freelance editor, I spend my days coated in sunscreen, lounging along the riverbank or on the man-made beach at Claytor Lake. I get high and watch old episodes of Death Note and Jerry Springer in bed. I tape Chinese takeout fortunes to the frame of my desktop monitor: You are going to have a very comfortable retirement. You will make a change for the better within the year. Little and often makes much. And the ominous: Enjoy yourself while you can.

An article’s been circulating on social media today: WEST VIRGINIA TO GIVE AWAY GUNS AS VACCINE INCENTIVE. Someone shared the link on Twitter with the caption “beyond parody.” Ever suspicious of clickbait, I click through to the article to read the facts before allowing myself an opinion. I try not to react to headlines without first digging up the full, nuanced story, though my efforts are often unsuccessful.

Later this month, the state of West Virginia will be initiating “vaccine sweepstakes,” weekly lottery drawings to residents who have received at least one immunization shot. Prizes include over 1 million in cash, 2 custom-outfitted trucks, 10 hunting rifles and shotguns, 5 lifetime hunting and fishing licenses, and 2 four-year academic scholarships to in-state universities. And, less importantly, cost-free protection against a life-threatening virus.

The headline was both sad and amusing, in a uniquely American way, but it was not surprising in the least. I could point out the irony of the government using firearms to bribe Americans into getting vaccinated, but to do so would be facile; I am not interested in vilifying or caricaturing the South. It makes me wince when people from up North joke about the people here, the quality of education, as if all America’s ills float up from below, infecting the virtuous above. As if poverty can be deserved.

I turned 25 earlier this year. The day after my birthday, I got a targeted ad about how 25 is the year your body stops producing as much collagen, the protein that gives skin its firmness and elasticity. The ad warned of wrinkles, advocating preventive measures in the form of bunny-shaped supplements.

The algorithm’s got me pegged—I’m not ready for laugh lines yet. I swear I was 20 just yesterday, blissfully unaware of the existence and implications of collagen. I’ve been young my whole life. I don’t know how to be anything else.

A woman on my TikTok feed says 25 is the perfect time to start with “baby botox,” noting that “the earlier you start, the less you’ll need later.” She smiles at the camera as a disembodied gloved hand pokes small holes in her forehead with a needle. I go to the mirror and study my own forehead with raised eyebrows. It looks fine, I think. As good as any forehead. I can put off baby botox for at least another year.

At 25 I have many things to be thankful for, things I was not sure I’d ever secure: a love, a dog, two TVs, clear-ish skin, a car, a vocation of sorts, a favorite fork. And yet, instead of feeling fortunate, I feel dispossessed. Each year robs me of more possible lives, glittering threadbare versions of myself that pass me by like Sylvia’s figs. The trick is learning to let them go in good humor.

Despite an enduring disbelief in higher powers, I used to listen to a lot of Christian rock in middle and high school and often played Flyleaf’s song “Cassie” on repeat. The song was written about Cassie Bernall, a victim of the Columbine massacre, who was rumored to have declared her faith in God before her death. The rumor was debunked years ago, but people still wield her martyrdom as an inspirational symbol for the power of faith. One particular lyric in “Cassie” stuck with me: don’t be shocked that people die / be surprised you’re still alive. My 13-year-old self was awestruck by the profundity. In some ways, I still am.

I try not to dwell on the changes in my appearance. I try to see my face as an aggregate, not a consequence, of the years and of the series of decisions both good and bad that have kept me alive thus far. Decisions that have not yet taken me to the wrong movie theaters, grocery stores, or parking lots, and have kept my name from appearing in any sad, unsurprising headlines.

Kira K. Homsher is a writer from Philadelphia, currently living in rural Virginia. The winner of Phoebe Journal's 2020 nonfiction contest and a Pushcart nominee, her writing also appears or is forthcoming in SmokeLong Quarterly, DIAGRAM, Passages North, New Delta Review, The Normal School, and others. You can find her at kirahomsher.com and tweeting @bogcritter.