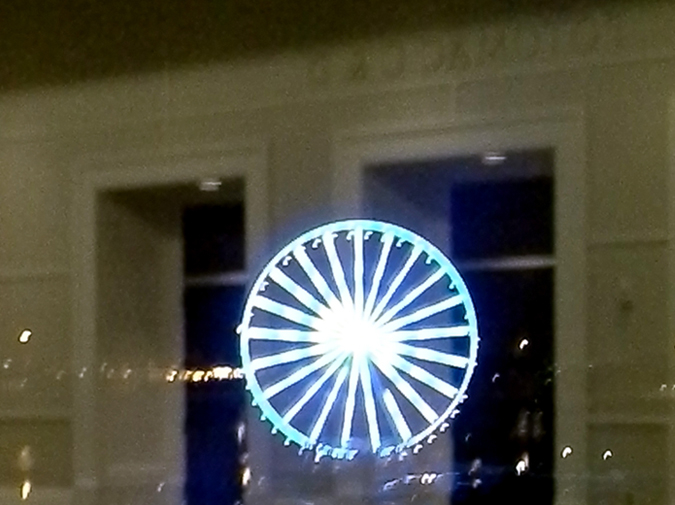 For a Good Time, Call

The wrong numbers were always men and they always asked for Gail. When Megan said she wasn’t Gail, didn’t know anyone named Gail, some stuttered apologies, some insisted she was Gail or that Gail was nearby, some wanted to talk with her about the fickleness of women. Yes, she agreed, Gail seemed to be a bitch. Yes, it was cruel to give out a fake number. Yes, dating was hard. No, it was never okay to use the word “cunt.” Just don’t answer the phone, her boyfriend said, but Megan was applying for jobs and every time the phone rang, her heart seized with hope. She’d run from the bathroom, pants unzipped; fumble in her purse while driving; risk life and limb and so forth. Even after she got a new job she, she kept answering. She could never resist an unknown number.

The boyfriend broke up with her one hungover morning; the phone calls kept coming. She drank a bottle of wine and reactivated her OkCupid profile. The only thing that had changed was her age, from thirty-one to thirty-two, and the fact that she hadn’t loved him—

She answered the phone.

“Gail’s dead,” she said. She sounded believable, the way Gail’s sister might sound, heartbroken, now burdened with answering the phone after Gail’s tragic accident. A car crash? Bungee-jumping? She didn’t know anything about Gail’s interests, but it would have to be something sudden.

He sounded so genuinely distressed that she felt bad.

“What the fuck?” The man paused, as if waiting for an explanation. Then he hung up.

There was no reason for him to be so upset. She’d just been trying to spare him the pain of rejection. Why did he want Gail anyway? Was Gail so special? Megan had spent hours imagining Gail, at first as a pathetic ditz who couldn’t get her own phone number right, who sat home alone and wondered why no one ever called. Then she’d pictured Gail as a married woman, a desperate flirt never brave enough to close the deal. Now she wondered where Gail met all these men. Gail, she worried as she painted her big toe Tattle Teal blue, was having a lot more fun than her.

Later that night, after she’d fallen asleep on the couch, she got another call.

The man didn’t contradict her, but she could tell that he didn’t believe her.

“It’s Richard. Richard from last night. You gave me your number.” He paused again. “Look, I’m sorry I woke you up.”

“Right. Well, I was just calling to say it was nice to meet you, and would you like to have dinner on Friday?”

When she woke up, she had to check to make sure she hadn’t dreamed it.

They met at seven at a Mexican restaurant in Pacific Beach. She was in her favorite dress, a short black affair that hugged her breasts but not her hips. She was fifteen minutes early and every time a man walked up to the restaurant alone, she said, “Richard?” The first three men she’d stopped were wrong. Then, at seven sharp, a man with salt and pepper hair stopped outside the door. He was older than she’d expected, probably forty, and wearing a suit. She revised her assessment of Gail. Maybe Gail was someone who picked up sugar daddies, flirted some drinks off them, then “got a headache,” or simply disappeared, slipping out to meet a younger, hotter guy, the guy she really wanted.

The man began pacing, stopped to adjust his tie, then checked his phone. His eyes flicked over her without a second glance. This new picture of Gail made Megan feel self-conscious, old even though he was older. The kind of woman he wouldn’t look at twice.

“Yes?” He ran his hand through his hair.

He looked at her more closely, his thick eyebrows drawing together in a squint. She wondered if he usually wore glasses.

“You look different,” he said.

“You seem shorter and your hair isn’t blond.”

She watched as he thought about saying something more. He ran his hand through his hair again. “Sorry,” he said. “Pacific Beach is always so crowded on the weekend.” Then he opened the door for her.

To start, she ordered a margarita, lime, blended, with salt on the rim.

“The same,” he said, and smiled. He was a pleaser.

“We were both drunk,” she said, and flicked her wrist as if to say, who can remember what happened so long ago, when we were different people? The margaritas arrived and she took a sip. “I always have cavities, but I brush twice a day, floss. Why is that?”

“Some people just have bad genes,” he said. “Me, I brush twice a day, floss, prescription fluoride mouthwash, I still get cavities. My ex-wife, she brushed once a day, max. Never needed anything but a cleaning.”

She nodded. There were some people who were just like that—people to whom things came easily.

“Do you believe in love, Richard?”

“I don’t,” she said. “Because love doesn’t need to be believed in. It just is, without needing us. It doesn’t need us at all. That is what I don’t like about love.”

“I just figured you’d want me to say yes,” he said.

“Then you don’t believe in love?”

“No, I guess I still do. I mean, there isn’t love without people to be in love, right?”

“But if we make it, shouldn’t it be like jungle gyms or pancakes? I can make a pancake, but when I do, I don’t need to believe in the pancake. It just is. And the pancake doesn’t just poof turn in to an omelet, or something you don’t like at all, like tuna fish salad.”

When her chilaquiles came, they weren’t very good. She should have known better. It was a dish best ordered in restaurants where soccer was always on, where the TV was in the corner of the ceiling, small and high so the men who watched had to huddle together and crane their necks as if in prayer. This restaurant had a huge TV over the bar, an HD mega-whatever that showed the hair on the back of the baseball players’ necks. She picked at the food.

“What are we going to do?” he said after the waiter took away their plates.

After dinner they took a walk west down Garnet, toward the water, passing tourist shops and bead stores and an ice cream shop she hadn’t been to in years. Her parents had taken her there as a kid and even from the sidewalk, it smelled like butter, butter mixed with the ocean, which smelled like salt, but not only salt. The ocean smelled like fish and wet hair and the vegetable drawer in her refrigerator that she cleaned only when something rotted, leaking dark, thin liquid.

They walked until they got to the boardwalk, and then they took the smooth concrete steps down to the water. The tide was going out, slowly exposing the wet wooden poles of the pier, looming dark over their left shoulders. To the north the shore curved almost imperceptibly, until it curled on the edge of the horizon into a cove where the lights of La Jolla nestled.

“I prefer the ocean at night.”

They took their shoes off, and he offered to carry hers, but she worried they smelled, so she said no. They picked their way along the stretch of smooth, dark sand that low tide had strewn with seaweed, pebbles, and the occasional abandoned crab, searching for the water.

“I wish the moon were full,” she said, “so that we could look for sand dollars. When they first get washed ashore, they aren’t hard yet. They dry in the sun.” She’d collected them as a kid, patiently searching the shoreline for bleached, brittle bodies, no one competing with her, rushing her. Her mother had helped her glue them onto an old cigar box, a place to keep her jewelry.

“I suppose I do,” he said. “It doesn’t make that much of a difference to me.”

He dug his toes into the cold, wet sand. They were long, like worms for bait.

“She was easy to talk to, I guess,” he said. “And we were drunk, so we talked a lot, the way people do. I woke up the next day hoping I hadn’t said too much.”

“Sure. Well, Gail was divorced, too, so we had that in common. I told her I hadn’t had sex in a year, since the divorce. She said it was no big deal.” He paused, waiting perhaps for Megan to say the same, then shrugged. “But then she gave me your number.”

She took his hand, and they started walking again. If Gail was divorced, she couldn’t be a hot young twenty-something. Maybe Gail was just like this guy, still good-looking but nervous about getting older. She wondered why Gail hadn’t wanted Richard for herself. Maybe Gail was too picky. Maybe she gave every man she met Megan’s number, because she was afraid.

“Is Gail beautiful?” she asked.

When they arrived at their cars, she invited him to follow her back to her place for a drink. During the brief time alone, thrumming down the freeway, she turned up the radio and listened to songs from high school that were grooved into her brain like sound into a record. When they got to her apartment, she poured them white wine, which they drank too quickly, and then they each drank another glass, a little slower. When they kissed, she could tell that he would never be a very good kisser, but he was gentle and held onto her hard, and that was what she wanted. When they walked into her bedroom, she put her hand on his chest, as if to stop him. “Call me Gail,” she said, as if that might make the difference.

Gwen E. Kirby's stories appear or are forthcoming in Southwest Review, Ninth Letter, Midwestern Gothic, New Ohio Review, Mississippi Review, and SmokeLong Quarterly. She has an MFA from Johns Hopkins University and is currently pursing her PhD at the University of Cincinnati.