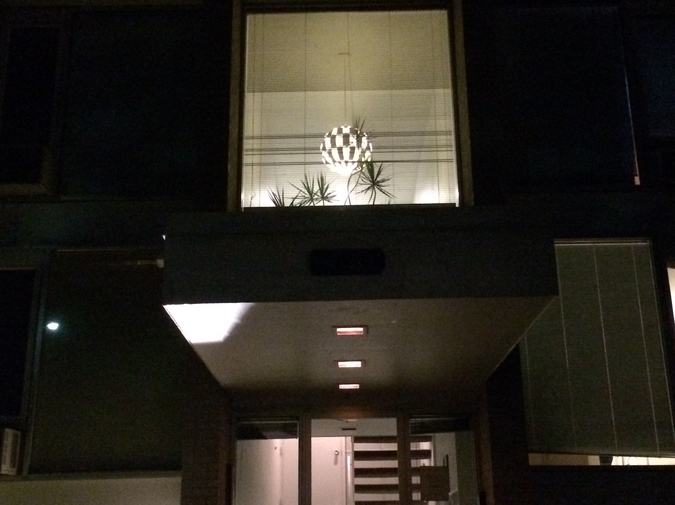 Girls on Hands and Knees

I gave my last cigarette to Robert Frost. He saw me smoking outside the bookstore after his reading and asked if he could bum one off me. Those were his exact words, bum one. Robert Frost, the great American poet. And of course I gave him one, because how do you say no to Robert Frost? You don’t, you can’t. Poets don’t speak in monosyllables or unmetered verse. No would have upset his poetic sensibilities, and so I said yes, yes, it’d be an honor—as musical a phrase as I could muster on the spot—and handed him my last cigarette. He smiled thinly, his lips tight and chapped by the cold, and walked away.

That was all. Frankly, I had expected a little more.

Thank you, for instance.

Did you enjoy the reading?

Oh, so you’re a poet, yourself?

Perhaps he might have complimented my coat: I had saved up three paychecks from the university library where I shelved books after class to buy it at Bergdorf Goodman. It was royal blue, the kind of coat that transcends language, that speaks loudly against the huddled masses of grey wool and black trenches, the endless ashtray of winter in New York. I thought he would say something nice.

And I would blush and kind of lightly touch his shoulder, saying oh, Robert. Just Robert, because why shouldn’t we be on a first name basis? I’ve read all his poems—I know the man.

Maybe he would have asked me to take a walk with him, to smoke and talk. We might have discovered our loves were all the same: Virgil, chairs without arm rests, fuzzy ice on windowpanes. You know, I’d say, sensing the time was right, because timing is everything for poets, I happen to write poetry myself. I’d tell him I pour poems into cereal bowls, sneeze them into tissues, smear them on my cheeks each morning until they glow.

But Frost’s mind would be elsewhere, his cigarette smoke drifting into my face and making my eyes water. My tears are poems, too, but I wouldn’t tell him this. Instead, I’d offer him a piece of fiction: The Yale Review is publishing some of my work.

And that’s when our eyes would meet—he would notice, if he hadn’t by then, how well my coat brought out their color, a fiery blue—and then he would cough, blame it on the cigarette, and ask me, Um (because even Robert Frost is susceptible to the occasional nervous stutter), would you like to come back up to my hotel room? Because why shouldn’t he invite an anonymous undergraduate in a city of six million people back up to his hotel room, especially one in a blue winter coat that matches her eyes? We would have gone back to his room and made love. It’s never fucking for him. Maybe it’s not even making love.

Maybe he has his own grandiose, poetic terms for the act: Making the beast with two backs.

Doing the service of Venus.

Letting our flesh become one.

This one makes my stomach roil, suggests to me that we’re rotting carcasses. What is this to you, I would say, a Baudelaire poem? This is witty, the kind of thing poets say when they argue. And he would ask—there’s that stutter again—what are you talking about? In the hollow darkness of the room, I’d notice those chapped lips again, how his fifty years (or is it fifty-one?) are beginning to show, how grey hairs line his ears, how he is just a man. And I would put my coat back on and tell him I have to go because I have places to be, sorry, Robert Frost. Hope you enjoyed the cigarette. I would leave him there, naked in a bed slept in by thousands of people, people shuffling in and out of this city of sirens and street lamps and girls reduced to one last flickering cigarette on lonely sidewalks, waiting for taxis so tired men can take them home.

Aleyna Rentz is currently enrolled in Georgia Southern University's Honors Program, in which she is pursuing an English/writing double major. Her work has been featured in publications including Black Fox Literary, Deep South Magazine, and The Collapsar. She is also one of the founding editors of Moonglasses Magazine.