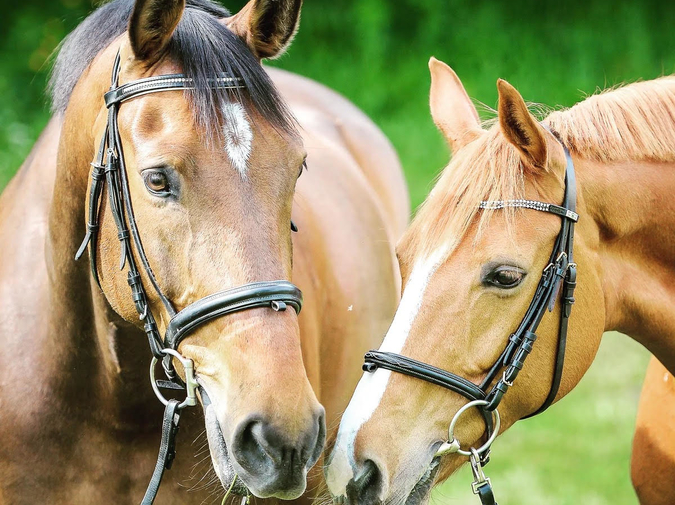 When I first came out as gay at age 30, I went on dates with a variety of terrible women. One asked me out, selected the place, ordered the food and endlessbeers, and then sheepishly told me she didn’t have any money and seemed unrepentant as I picked up the tab. Another woman informed me that her family was “so Bay Area” that she didn’t use soap (as someone who’s lived adjacent to San Francisco for her entire life, I am STILL baffled about what that means. WHO IS TOO BAY AREA FOR SOAP?). The woman who took the cake replied to an innocent text I sent (after a successful first date) asking to get brunch by telling me that she “wanted to lap up my juices.”

While I’d collected a litany of anecdotes about dating, I was beginning to fear that I’d missed my window for love. I’d had boyfriends before, and after coming out, had fallen in love with a woman who broke my heart, but for the three years after, I’d been alone, save for the occasional coffee or beer that fizzled out. I told friends that I was happy, that life was full, and that if I ended up alone, I’d be okay. I said it so many times that I started to believe it. Except, when I was being truly honest with myself or watching Gilmore Girls for the 84th time, I realized that while I might be okay alone, I didn’t want to be alone.

I’d nearly sworn off dating by the time I met Amy. Since my name is also Amy, I almost didn’t message her on OKCupid because I thought it’d be weird to date someone with my name. But she had blue eyes and was the only person whose profile didn’t reference how she “hated drama” or who promised that her husband didn’t mind if she “played around.” The first time I messaged her, we exchanged some breezy notes (I was smitten already) before she told me that she was in “an open relationship” and would be down to “hang out, casually.”

I was Christmas shopping with my friend Elizabeth when I received that message. We were standing in Anthropologie, surrounded by fake snow and expensive Christmas cheer, and when I saw Amy’s message, I started weeping into a pile of feathered tea towels. I replied: “Sorry, I’m monogamous and lack the chill required to do anything casually.”

Elizabeth asked me why I was crying over some girl I’d never met, and I couldn’t verbalize it beyond that the Other Amy had made me feel hopeful. I didn’t say this part out loud: that the rejection was another reminder that there was something wrong with me and what I wanted. I didn’t want casual relationships or polyamory or open anything.

I am a teacher, and summer days are fun but long, and after weeks of speaking only to my dog, I opened the app once again. I saw Amy’s blue eyes staring back at me and decided to message her, just to see. She replied so quickly that I could’ve guessed what she told me: she was now single, alone, not in an open relationship or any relationship or non-relationship. Holding true to my earlier revelation that I lack chill, I asked if she wanted to get a beer that weekend because “I’m not super into online chit chat.”

My stomach exploded with eleventy billion butterflies when Amy rode up on her bike in a striped linen shirt and cuffed jeans. We hugged and settled into an easy conversation. Amy was as warm in person as she was on her profile. We talked and shared the basics of who we were, and most importantly, mocked the obnoxiously drunk 20-somethings near us who were screaming about needing to take slutty selfies. She made me laugh so hard I choked on the order of tacos we shared. At the end of the night, the young drunkenness of the table beside us spilled out at the same time we did, eviscerating our chances for a good night kiss. Instead of recognizing that chaos as the reason she didn’t make a move, I convinced myself that maybe she didn’t like me.

I was delighted when she texted me later to ask if I wanted to meet for dinner that week.

For our second date, I wore a royal blue dress with a v-neck that tastefully served up my cleavage in a way that I hoped communicated, “These are my breasts. Perhaps you’ll touch them.”

As we sipped on cocktails poured into hollowed-out pineapples and ate fish tacos, Amy asked how I’d spent my summer day.

“I mostly dicked around on the Internet,” I said.

“Did you find anything good?” she asked.

“Well, I spent a lot of time in a rabbit hole reading about this man who loves to have sex with horses.”

Amy looked at me and raised her eyebrows. I continued:

“He, like, makes a mare trust him and then backs up the mare towards him so he can give her oral sex.”

I used my hands to demonstrate how he backed the horse’s genitals to his face.

“And then, once he’s satisfied her that way, he has sex with the mare. And while nothing he says about it will make it okay, I was still really surprised to read about it and hear his rationale.”

Let me defend myself: I didn’t seek this out. It was published on a reputable website! I was reading about something else when the article title caught my eye. If you can resist that kind of weird, clickable temptation, then you’re a better, stronger non-human than me.

I sipped my pineapple drink and looked expectantly at Amy as she nodded thoughtfully while chewing and smiling.

This is where a higher power stepped in and I heard the booming voice of God or Mandy Patinkin, screaming THIS IS WHY YOU ARE SINGLE. YOU ARE ADMITTING THAT YOU SPENT ACTUAL TIME READING AN ARTICLE ABOUT A HUMAN HAVING SEX WITH A HORSE ON A SECOND DATE. AND YOU ARE SIMULATING IT AND DESCRIBING IT IN DETAIL.

I imagined Amy turning me into her own funny story on her next first date with someone more normal.

“My last date seemed cool until she started talking about bestiality,” she’d say, laughing, her blue eyes sparkling as she led them out of the restaurant so she could go caress their cleavage.

I imagined growing old alone. I’d be forced to take up smoking and drive a noisy old van. I’d start yelling at any kids who made any noise near my apartment, where I’d live with an increasing number of cats and weird housedresses, all because I literally couldn’t keep my own weird internet horse sex adventures to myself.

I looked across the table at Amy, humiliation and horror visible on my face, pleading with my eyes for her to just forget I’d mentioned this. Instead, she smiled.

“Ooooh, does he love the horses? Like does he have a relationship with them?” she asked. “I have so many questions.”

I was so relieved that she hadn’t simply gotten up from the table to call her friends and laugh at the whackadoo she’d gone on a date with, I could feel my hands turn clammy and cold as I was flooded with relief.

“Yes, he loves them. He says he has a relationship with them,” I replied meekly.

“Wow,” she said. “You know what...can you just send me the article? I feel like we have a lot to discuss about this.”

“I thought you might freak out when I said that,” I laughed. “I know it’s pretty weird. I promise I didn’t go looking for it. And I’m not usually that weird, I promise.”

“I like weird. And you’re the good kind of weird.”

When I got home, I sent her the article, and later that night, she called me so we could discuss both the man and his horses and a million other even weirder things we’d both found on the Internet.

A few days later, we had the traditional third date (pizza and sex) and then the fourth (introducing our dogs and going to Target) and as the saying goes, that was horse-story.

When people ask me how I knew Amy was “the one”, I usually stammer out some story about how “when you know, you know” and the other cliches people said to me when I felt impossibly lonely and worried that I’d never meet my match. But the truth is that I knew that when I revealed my own weirdness, and she didn’t shy away or make me feel bad or less-than. Instead, she leaned in, and made me feel less alone.

She’s been leaning in ever since.

Amy Estes’s writing has been featured on McSweeney's, Huffington Post, Catapult, Corporeal Khôra, and Evocations Review, along with many others.