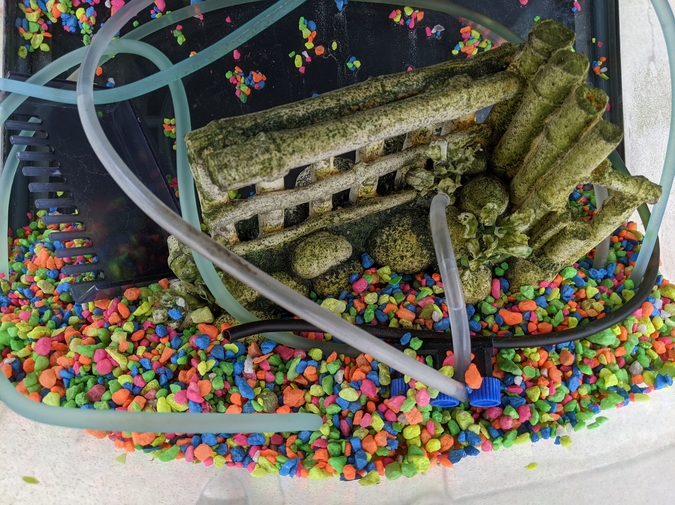 The Wilds named their only child Steak, not because they had any ties to the meat industry, but because they were cranks with no semblance of empathy in their hearts. And so Steak — S., as she came to call herself — was an object of ridicule in the neighborhood from the time she was a baby, and loathed her name long before she could spell it.

When S. was four, Mr. and Mrs. Wild purchased a pharmacy atop a hill on the west side of town. They fabricated an UNDER NEW MANAGEMENT sign on the same day that they falsified their pharmacists’ credentials. After school, S. hauled her books up the hill, and while her parents gossiped over early beer, she smiled at customers, her eyes downcast, and repeated in a quaver the jokes that she had overheard at recess. Toward the end of the day, a shaft of sunlight beamed through the back window, and S. left her spot in the corner to drink in some warmth.

“There goes Mr. Krantz,” her father said, picking his teeth. “Headed to dinner. Fat as ever.”

“His wife is even fatter!” said her mother, as she funneled incorrect medication into capsules. “God help their children.”

Beneath S.’s compliance, she thought of nothing but revenge. She didn’t enjoy these thoughts; violent images would burst into her mind, and she would have to bite her cheeks to keep quiet. It was only as she approached adolescence and came to appreciate the provenance of her humiliation that she began to wonder what vengeance might entail.

On her thirteenth birthday, her parents announced in a mocking singsong that she was a woman now. They handed her a five-dollar bill and said that they were taking her to dinner to celebrate. This would be S.’s first dinner at a restaurant. “Where?” she asked, breathless. The answer, while disappointing, did not surprise her: Greb’s, the steakhouse on the east end of town. They did not give her time to change out of her greasy skirt. They scarcely let her grab a coat from the storage room. However, she used the opportunity to pocket a vial of arsenic.

At Greb’s, the owner laughed at S.’s name — Steak, on the ledger — and repeated it three times in an unusual accent. The waiters laughed too. The owner’s daughter, whose name tag said Olga, sat near the register.

The Wilds were shown to their table, where bread, salad, and wine were carted out. S. clutched the vial of arsenic, wondering how she might deploy it. From an oversized fork, a slab of ribeye dangled. S. examined it: a pink, bubbling, tortured pound of flesh, unlike anything she had seen in her life or anything she wished to see. When it fell to her plate, it expelled a missile of juice onto her face. The owner laughed. The waiters laughed. Olga did not.

After the meal, as coffee was poured, Olga appeared at S.’s side, whispering, “I have something to show you.” S.’s parents shrugged and waved her away, and Olga led S. to the basement, where there was a metal door with a rusted lock. “Don’t be afraid,” said Olga.

Beyond the door was a large closet with a well-worn cage. Inside that cage was an object — or perhaps it was a being — that S. could not comprehend. It was gray, bulbous, the size of a farm animal. Crackling electrical sounds came from its skin, and from an orifice at its front there issued a noise like the moans of a feverish child.

“Its name is Jaunupe,” said Olga.

“Because that’s where it’s from. That’s where I’m from. Jaunupe, Tärgale parish, Latvia. I’m a foreigner, like you.” When S. insisted that she wasn’t a foreigner, Olga put her finger to her lips. “My parents aren’t from Latvia,” she said. “They’re not really my parents. Just like you, with your parents.”

Olga said that she had to return to the register, adding, “Whatever you do, you mustn’t touch it.” Jaunupe hissed, as if it understood Olga’s warning — and perhaps objected. But soon Olga was gone, and S. was alone with Jaunupe. She may as well have been alone with Saturn. Jaunupe writhed and trembled. From each lobe of its body grew thin, black filaments.

Jaunupe spun in a circle, its meaning unclear.

“Do you want me to touch you?”

With that, the crackling stopped, replaced by a single bright tone. S. reached her hand through the cage, her fingers growing numb as they came close to Jaunupe. And then: luxurious splashes of color seemed to coat S.’s eyes. She felt her muscles tear. And then: a moment later, by some ventriloquism, she was standing on the sidewalk outside Greb’s. The red moon hung high. A cab waited. S. got in and presented the five-dollar bill she had received for her birthday. “Take me as far as you can,” she said. The driver told her that he could take her to the train station for a dollar. She could use the balance to travel across the border.

When S. woke the next day, she was in a place she didn’t recognize. Black, filament-like hairs grew out of her arms. The trees grew high, and the air thrilled with electricity.

David Yourdon was born in New York City and now lives in Eastern Ontario. He has completed a speculative literary fiction novel, Everyone's Everyone Again, that he'd love for you to read, and he posts weekly flash fiction on his Substack, What Will It Be Like.