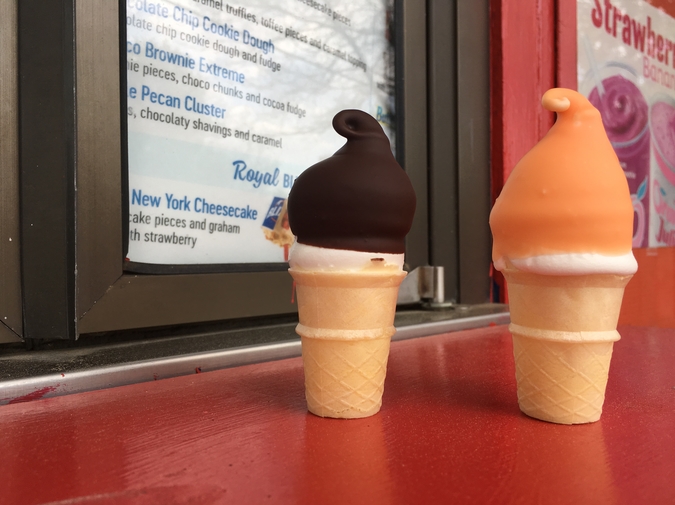 Jersey Shore, but if Snooki was Giant

Before doing GTL, the guys call up to Snooki. Does she need anything while they’re out? She picks up the Situation and holds him in her fist as a toddler would a crayon. She pets his head with her thumb. He is her favorite. She asks them to bring her a mimosa. Mimosas remind Snooki of the time before she was a giant, when she could dance without destroying things. They remind her of sleeping inside the shore house, rather than in a parking lot a block away. It is not comfortable to be on the show anymore, but Snooki never finished veterinary school and she needs the money.

Snooki puts the Situation down and he shouts, “We got you, girl.” He still calls her girl—not giant, not monster. Previously, much of Snooki’s personality revolved around being small, and so this transition has been particularly difficult. She watches the guys walk away. Snooki doesn’t miss going to the gym, but she misses tanning. Maybe if she made a scene, the producers would hire someone to fly a helicopter around her and spray her with self-tanner. She tests her chains, but they’re as strong as ever, anchoring her to the asphalt below.

The truth is, it’s not about the money. Snooki tells herself it is, that this is her choice, that she’ll be set for life when this is all over, but the truth is, she is a prisoner. Her contract is ironclad, and anyway, where would she go, if not here? Who would she be, if not this?

“Only me this would happen to!” Snooki laughs, shaking the ground and bringing down a nearby telephone pole. A small fire starts. The cameramen circle. When the fire department comes, Snooki booms, “Yum! Juicehead central.” Snooki is contractually obligated to mention juiceheads at least once per episode.

The firemen douse the fire with water and Snooki says, “It’s a fantasy, for a guy to like come and put out my fire, literally,” but she doesn’t mean it, not anymore. The fire had been close. If they’d let it burn, it could have reached her, and maybe it could have ended this.

When the guys return, they smell like burnt skin and tanning lotion and fresh detergent. The Situation offers Snooki a pitcher-sized mimosa. It looks like a shotglass in Snooki’s hand. She downs it in one gulp. The nearest cameraman nods encouragingly. He wants her to say, “Party’s here,” she knows it. The producers want the fans to still feel comfortable watching the show. The promos say that she is still the same old Snooki, that she has always been “larger than life.”

Snooki hears the hum of a cattle prod behind her and closes her eyes. She knows how this ends. The guys look back and forth between Snooki and the man holding the cattle prod.

“Just like old times, huh, Snooki?” Vinny shouts, his voice high-pitched and desperate. Snooki says nothing. She thinks about the last night she’d gone to sleep her normal size. She hadn’t known it would be the last night. No one knew this sort of thing was possible.

“You know you gotta say it, Snooks,” Ron shouts. “Woman up.” The nearest cameraman signals to the others that this footage will be cut. The man with the cattle prod draws nearer. Snooki opens her eyes, letting the sun burn itself into her vision. She can see the Shore Store from here, where Jenni and Sammi are selling t-shirts printed with jokes that had always made her laugh. She can see the boardwalk. She can see the beach. The salt air tastes great.

The nearest cameraman mouths, “Last chance, Snooki.” The guys turn and walk away, towards the house. They don’t want to watch. On the boardwalk, a couple embraces. The cattle prod crackles, but Snooki isn’t afraid. The couple kisses and Snooki swears she can feel it too, the lust, the warmth, the love.

Tara Lemma is a Fiction MFA student and First Year Writing Instructor at Temple University. She also works as an Assistant Fiction Editor at
Barrelhouse Magazine. Her work has been featured in Maudlin House, Monkeybicycle, Paper Darts, and elsewhere. She tweets @ilovetaralemma. She thanks you for reading!