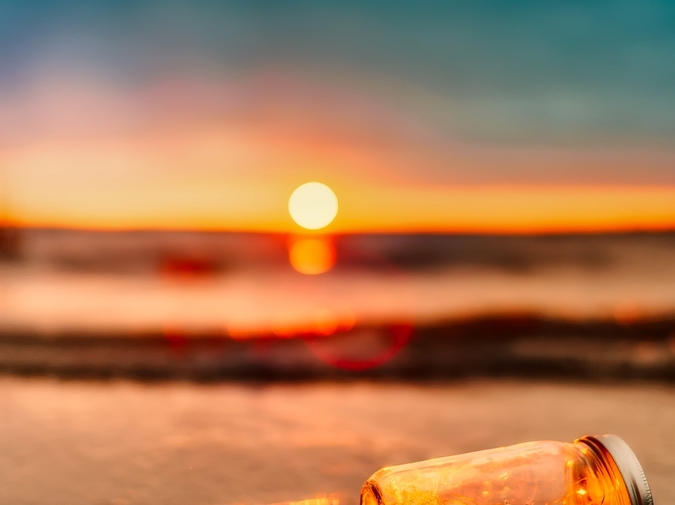 My Dad Says The Sun

My dad says the sun don’t shine on the same dog’s ass every day. He says if you ain’t the lead dog the scenery never changes. If you can’t run with the big dogs then stay on the porch.

My dad says my daughters are so skinny he can’t see their shadows. He says they have to jump around in the shower to get wet. He said the same thing to me, when I was as skinny as they were, when I was as new to this world.

On hundred degree days my dad says “It might get warm later.” When the storm is bending the trees sideways he says we might get some wind. When we have fished for ten hours and the humidity has seeped into us and we have not eaten since rising at 4 that morning, he says he might be a little tired.

“I’ll knock knots on your head faster than you can rub them,” my father says, but what he really means is that he misses me. I tell him not to make me whip his ass, and he says for me to bring two lunches because it will take me all day. Of course we mean none of this. We’ve just, in the way of men, fallen out of the language of love, and reverted to sayings that keep us from confessing what we feel.

He says he loves my daughters like a hot pig loves cold mud. Like a June bug loves a porch light. Like a tornado loves a trailer park, and when I make fun of him he says for me to shut my pie-hole, which makes me wonder why it’s so hard for men to talk to one another without hiding behind the illusions of anger and indifference, without the pretense of violence.

“It’s amazing to me,” my father says, taking me to the airport, where I will fly back home and not see him again for several years, “how much smarter my father became the older I got.”

“I’ve yet to experience that,” I tell him, and he says the thing about knocking knots on my head. At the airport he hugs me hard enough to hurt. He says he hopes he doesn’t forget what I look like.

When my dad tells my daughters to stay in school, he means he wants them to find a future. When he says for them to look both ways before crossing the street, it’s because he knows danger can come out of nowhere. When my first daughter was born he drove me to the hospital. I did not know at the time how having her would help me understand him. As we stood looking through the wired glass at her sleeping, I heard him say all babies were ugly, but I knew upon seeing her how she would swim through me, how I would hold her in my hands as if to shield her from all the ways the world could hurt. I imagined her mouth like a little bird, wanting.

Watching my daughters grow skyward I’ve come to understand I don’t have all the words I need. In a lifetime talking to other men I have invested in understatement. We lace our words with the violence and indifference that seem second nature to those of us with hair on our chests, but I’d say it’s only because we know how often words cannot carry what we feel. The day his father died he said only “He’s gone,” as if there weren’t any phrases that could contain all the words he never got to say.

We were sitting in the cab of his truck. Inside the house his sisters were wailing. He looked out the window as he told me about the two pups his father had just gotten, how they howled when no one came to feed them. He said it hurt worse than having knots knocked on your head, than being poked in the eye with a sharp stick. It hadn’t yet occurred to me that what I said was less important than how I said it, so I said nothing.

My dad’s in his 70s now. He takes a nap every afternoon. He has diabetes and walks an hour each morning so he won’t die until he’s ready. My dad says he isn’t ready. He says they’ll have to drag him kicking and screaming. My dad says he held his father’s hand while he died. He says for me to hold his.

Paul Crenshaw's essay collection This One Will Hurt You is forthcoming from The Ohio State University Press in spring 2019. Other work has appeared in Best American Essays, Best American Nonrequired Reading, The Pushcart Prize, anthologies by Houghton Mifflin and W.W. Norton, Oxford American, Tin House, Brevity, North American Review, and Glimmer Train, among others.