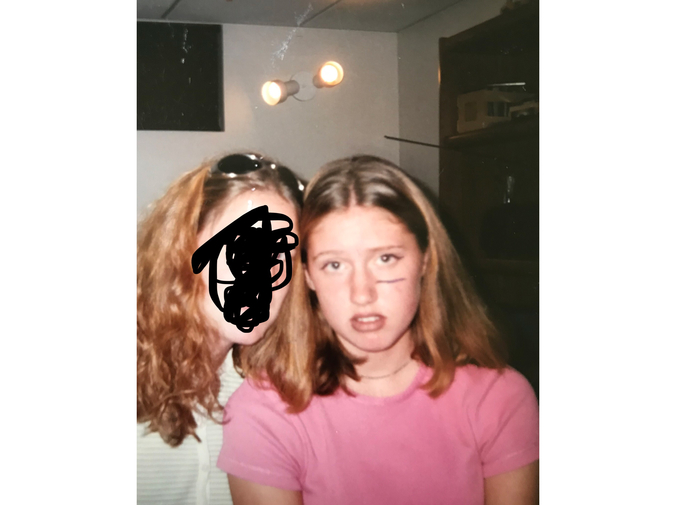 My mom handed me a phone: a black Motorola StarTAC.

It was my senior year of high school, either late 1998 or early 1999. She looked serious. I felt confused. Everyone in my middle-class suburb used landlines. I flipped the phone open and closed, removed the battery, pulled out the antenna then pushed it back in.

“Put this in your glove compartment. Only use it in case of emergencies. The calls are very expensive.”

I couldn’t believe the phone was actually mine. Only wealthy people had car phones. We weren’t wealthy.

I felt excited. As far as I knew, I was the first of my friends to have a cell phone, if not one of the only people at school to have one.

I already had a pager, but I’d gotten it late, a year or two after everyone else. Their parents had given them pagers as birthday or Christmas gifts. My mom thought a pager was absurd, so I had to buy my own from money I made at my part-time retail job at Montgomery Ward.

Kids at school had fun pagers, like one that was bubblegum pink with creamy white swirls. My friend Katie’s pager was compact and translucent teal. Mine was black and boxy. It looked like something a laborer had been given for work. I’d bought the cheapest option on sale at Service Merchandise.

I’d wanted a pager after watching how much fun Katie had with hers. She’d clip it to the waistband of her jean shorts, the bill of her baseball hat, the pull-down mirror in the driver’s seat of her car. Her boyfriend would page her with a phone number when he wanted her to call, but other times he’d page her with a code--143, to say he loved her. The numbers corresponded to the number of letters in each word: I (1) love (4) you (3).

I clipped my pager to the pull-down mirror in my car a couple times, but it was heavy and would slide off, so I mostly dropped it in the center console and forgot about it. People didn’t page me often. I didn’t have a boyfriend. No one paged me 143. No one paged me codes at all, even after I joked to friends about how cool it’d be to receive a page that said 420 or 420247.

When my friend Stacey first saw the StarTAC, she fingered it like I had but even more eagerly, taking the battery off and loudly clipping it back on, powering the phone on and pushing buttons. As I drove, I felt nervous that she would destroy it, and I had to beg her not to use it to make a call. My mom had emphasized how expensive calls were multiple times.

“A pager and a cell phone?! You can be a drug dealer now!” Stacey joked, except the more she spoke, the less of a joke it became. She viewed my technological setup as the perfect opportunity for us to start a side business. She’d dated drug dealer-type older dudes before, and explained to me how it would work: people wanting weed would page me with their phone number and code indicating how much they wanted. I’d go get it, then call them from the StarTAC when I was ready to meet up.

Now, it seems funny to think someone with a cell phone would use it in conjunction with a pager. At that point in time, we viewed cell phones as tools for making, not receiving, calls. The idea of someone calling a cell phone didn’t cross our minds. Phones had short battery lives, so you generally left them turned off unless you needed to use them. Plus, talk time was charged by the minute, so any time a person called they were costing you money. To call a cell phone seemed selfish, or rude.

I never became a drug dealer. I was rebelling that year by going to parties, drinking beer, and smoking weed, but the idea of racking up minutes on the StarTAC felt too rebellious. It would’ve been crossing a major line, even if I could’ve reimbursed my mom for the cost with my extra income.

I never used the StarTAC. After a while, I resented it. My mom had given me something cool, but made it uncool. My friends were impressed, until they found out we couldn’t do anything with it. I always felt anxious when someone would get in my car, open the glove compartment, and handle the phone. I began to wish I didn’t have it at all.

A year later, when I was a Freshman in college living on a campus a few towns over, I quit Montgomery Ward to work at Circuit City selling cell phones. They had become much more popular in a short amount of time, and many of my classmates had one.

I bought myself a Motorola Timeport using my Circuit City employee discount. The Timeport looked just like the StarTAC, but it was silver and the battery lasted much longer. I loved that phone. It was on the Sprint network, and they came out with a deal where the first minute of incoming calls was free. That eliminated the need for a pager. People could call me, and if I didn’t actually want to talk about whatever it was they brought up, I could hang up before the one-minute mark without penalty.

I felt proud when I visited my family after buying the TimePort. Not only did it look cooler than the phone they’d given me, I could use it freely. Well, at least for one minute at a time. I felt self-satisfied when I returned the StarTAC to my mom, able to say thanks but no thanks, I don’t need this anymore.

Jay Vera Summer is a writer and artist. She loves animals, plants, and water. Her work may be found in Marie Claire, The Hawai'i Review, The Conium Review, Proximity, Luna Luna Magazine, and more. She is Editor in Chief of the online literary magazine Chronically Lit. Find her at jayverasummer.com or twitter.com/jayverasummer.