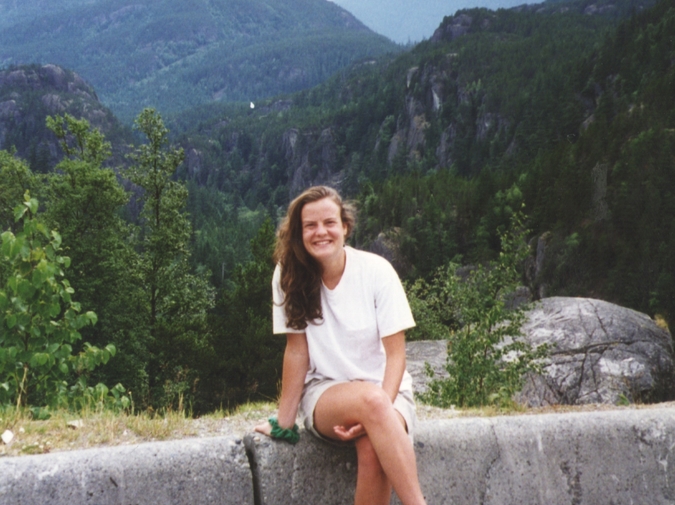 We were standing in the wings of the theater. Wait, scratch that, it was a black box theater. We were standing off to the side of a taped off area on the floor. A lot less poetic, but true. He began to sing and I melted. For real. He was my first real life talent crush and his voice pulverized me.

I was a theater major and my performance experience was deeply unimpressive. I’d always planned on becoming a lawyer but when I went through a “what the fuck is the point of it all?” breakdown I decided to pursue my passion,

“Acting!” Was the answer that surprised nearly everyone who knew me. In high school, I was a smart jock. Acting seemed like a very peculiar and specific swerve.

And that’s how I ended up here, surrounded by incredibly talented and experienced almost twenty year olds and me, bullshitting my way through.

He, well, he was not bullshitting, that much was crystal clear. I could barely breathe. Talent wise he was in another league, another stratosphere if I’m being honest. But in life off-stage, my ability to grab a boy by his shirt and kiss him senseless evened things out a bit.

Right at the beginning I felt inferior about my talent and whether or not I “belonged.” As college progressed, I found my way but that early insecurity, it never left. Every comment about talent or casting felt personal. When he looked at me and said,

“Maybe you should be a writer. I think you’d be good at it.”

I heard, “You’ll never hack it as an actor.”

And we fought and we made up. It took time, some years on and off, for us to realize that what we were doing was far too difficult to be sustainable. It was possible to love each other and still be a terrible match. We were the proof.

I fell in love with him the minute I heard him sing. So grossly on the nose, but I was nineteen and my capacity for original ideas about love was tiny, practically non-existent. The more time we spent together, the more his singing drove me to distraction and not in a good way. He’d sing walking down the street, in the shower (of course) and in the car but not along with the radio.  Usually it was an a cappella showtune. The doors would slam shut, his voice would crescendo. It was still a drop-dead beautiful voice, but not to me.

“Can you sing quieter? We’re in the car.” He didn’t even have to read into my words for them to be hurtful.

The great irony is my son now sings all the damn time. He records songs on my phone, writes lyrics in his notebooks and warbles in the bath. I’m a better person than I was at nineteen so I encourage him, listen to him and tell him about my college boyfriend who now sings on Broadway and how much I Ioved that voice except when I didn’t. My son is glad my college boyfriend’s singing drove me nuts. After all, he has a vested interest in the happy ending where I meet his Daddy, grab his shirt and kiss him senseless.

Alyson Shelton wrote and directed the award winning feature, Eve of Understanding. Currently, she's finishing up Issue #1 of Reburn, a comic with artist Elise McCall (Spy Island, Man-Eaters). Her essays have appeared on MsMagazine.com, Survivor Lit, and Little Old Lady comedy blog. She lives in Los Angeles with her family. Follow her on Twitter and Instagram @byalysonshelton.