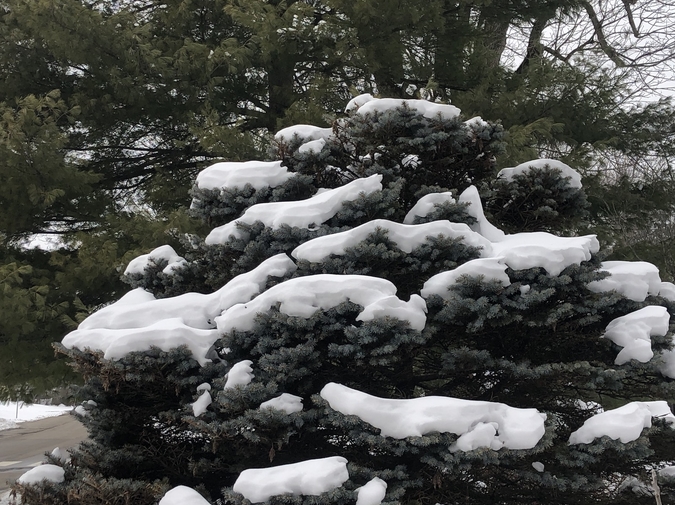 One More Inch of Shadow

Joe’s uncle bought rain barrels and fertilizer. A.J.’s dad emptied the family checking account, $300 at a time, from the Circle K where he bought cartons of cigarettes, where my brother was robbed at gunpoint on Christmas Eve. My stepmom bought a safe and stocked it with Symphony bars, Energizer batteries, and two-way radios.

Before the New Year’s Eve party in Crystal’s dad’s backyard, Anita helped blow up a kiddie pool and fill it with Epsom salt in case the hospitals got too full and her sister, three days past her due date, would have to give birth at home.

Crystal’s dad’s beach house was where we decided to avail ourselves of all remaining innocence before the end. We already kept so many secrets there.

“If planes and satellites are going to fall out of the sky,” Crystal said, entertaining—just for a moment—the silly notion that a computer glitch would steal her fate. “I refuse to die a fucking virgin.”

Thirty minutes before midnight, I declined a call from my mom at the Vista jail and let Crystal’s dad pour the remainder of a handle of Cuervo into my plastic cup. “To be so goddamn young again,” he whispered, not to me, but to the sea.

We would learn a lot about the world that didn’t end. Like how Crystal’s hymen wouldn’t break, couldn’t break, not without twilight anaesthesia. Or how alcohol made Jimmy have seizures and AC/DC gave Janae orgasms. We would learn that Rob took his dad’s rifle down to Tamarack Beach, alone, fully loaded. That existential dread was just one more inch of shadow. The cameras at the vet where I bagged dead animals and sterilized scalpels were just dummies—they never caught me slipping vials of ketamine into my scrub pants. They never caught me crying over my mother’s voicemails.

The world didn’t care about prophecies or numbers or our endless methods of self-destruction. The world—thank god—is incapable of making any promises we expected it to keep.

Tara Stillions Whitehead is a multi-genre writer and filmmaker from Southern California. She released the hybrid chapbook/concept album Blood Histories with Galileo Press in 2021 and will publish a full-length collection of stories and hybrid texts titled The Year of the Monster with Unsolicited Press in September 2022. She is Assistant Professor of Film, Video, and Digital Media at Messiah University in Central Pennsylvania.