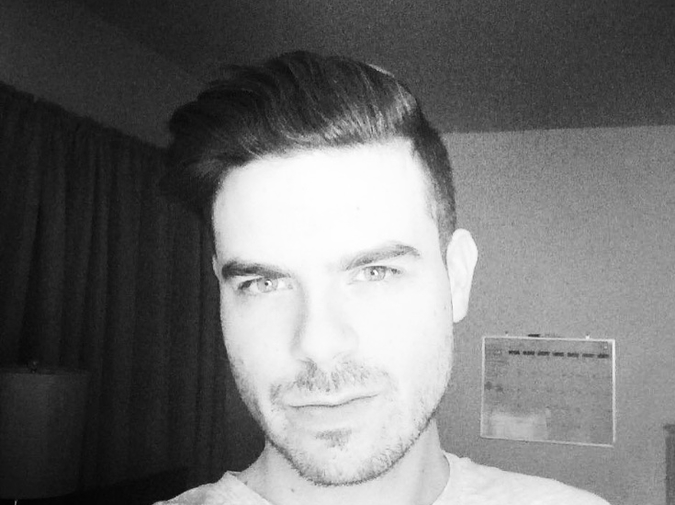 Can neon sputter? Like a flame choked of oxygen. No matter, I suppose, because that’s how it appeared to me. Taco Bell Live Más the neon sign sputtered it’s flickering light from the lobby window, pink and yellow across my face. I watched volcano sauce drip down my chin as I stared at my puffy eyes in the rearview mirror. How could I live more when I couldn’t want to live any less? Perhaps that’s a bit melodramatic. Yet I sat in my car, with a neon face, eating late night tacos out of a red shell under the cover of rain. No one could stop me from parking lot tacos.

We’re all familiar with the phrase, “blood, sweat, and tears”, and I’m here to tell you that I worked very hard to please that dude from the orchard. Maybe I even put my blood, sweat, and tears into that relationship; but the day he texted me while I was at the gym running on a treadmill, just hit mile five with sweat running down my face, and he asked:

I was glad my red face was covered in sweat. No one could see the tears dripping down my chin as I wiped them mid-stride, exposing the eleven on my abdomen. My 140 pounds on a 5’10 frame hamstering in public. Maybe I’d hang out in the locker room and find someone who would treat me better. Maybe I’d go to Taco Bell and eat in the parking lot.

I like the anonymity of speaking into the holes at the drive-thru. Watching my words pop up in fragments on the screen. Sticking my arm out of the car, the service window too high for anyone to see in, and returning with a bag full of treasure; littering the floor with paper wrapping; listening to the crunch of satisfaction as rain drowns soft sobs. Nothing is more beautiful than my pink and yellow splashed face with volcano sauce glowing on my chin.

But maybe there is. The glisten of a rain slicked road, windows down, water whipping bullets into freshly pumped biceps, tearing holes into a façade I built to get laid: riddled with pretension. Cars zooming by in a crescendo that gently fades into the dark, the dark where I wanted to be, but some asshole was doing 45 in a 30 with their brights illuminating my red-stained face like some Christmas parade on Main St. My green eyes bloodshot from crying, a squint hidden behind the shadow of my forearm. Hiding tacos with cinnamon gum; popping Christmas crackers in my mouth. Wishing I had stayed with the neon, but instead I drove, drenched in sweat, tears, and guilt to lie in his bed where he’d unwrap me, throwing my paper to the ground like discarded goods.

Ryan Norman (he/him) is a queer writer from New York living in the Hudson Valley. Inspired by the landscape, he writes what he feels. He is a contributing editor of creative nonfiction with Barren Magazine. His work has appeared in From Whispers to Roars, XRAY Literary Magazine, Black Bough Poetry, Storgy Magazine, Maudlin House, and elsewhere. His micro chap I ALWAYS WANTED TO BE A BOND GIRL is forthcoming with The Daily Drunk (2021). You can find him on Twitter @RyanMGNorman and an updated list of his publications at Linktree: https://linktr.ee/RyanMGNorman