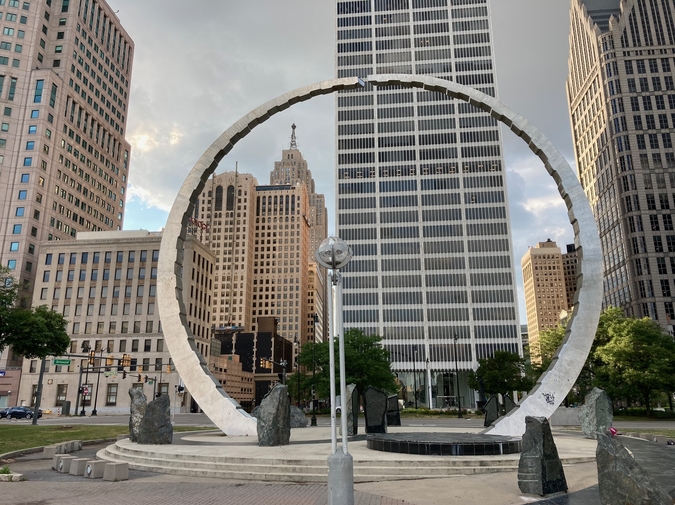 Paying even one out of six subway swipes
still feels wrong.
As with any art technique,
everybody’s got their own fare
dodge style, the difference between a two-
step or stomp to techno throbs
or one supermodel’s walk against another’s.
Asafe and I got caught once as we entered the train.
We’d just read Vivek Shraya’s I’m Afraid of Men at book club
and the man waited till doors closed to make his move
on us, two bugs beneath his cup.
I am afraid of men
who kneel to a state’s boots for licks,
who don’t think
to brush, to gargle,
but fear moves me less than love
of petty theft.
If it’s petty
to take what should already be free,
is pettiness a small revolution? Hear it out:
not like a turnstile’s twist, that stilted revolve
as payment moves one through, but like the arc
of one’s legs straight over steel
and back to the ground that, if diagrammed,
could build a hill worth dying on,
or the smile of a stranger
near the emergency door as you let them through—
one who’s waited for their waiting to be noticed,
ever-so-wary of plainclothes cops—
whose relief fans you like a passing train.
If you wouldn’t call rules that make theft make sense
an emergency, then you might be confused
how the door should be used.

Kyle Carrero Lopez was born to Cuban parents in New Jersey. He is the author of the chapbook MUSCLE MEMORY, winner of the 2020 [PANK] Books Contest. He is also a founding member of LEGACY, a Brooklyn-based production collective by and for Black queer artists.