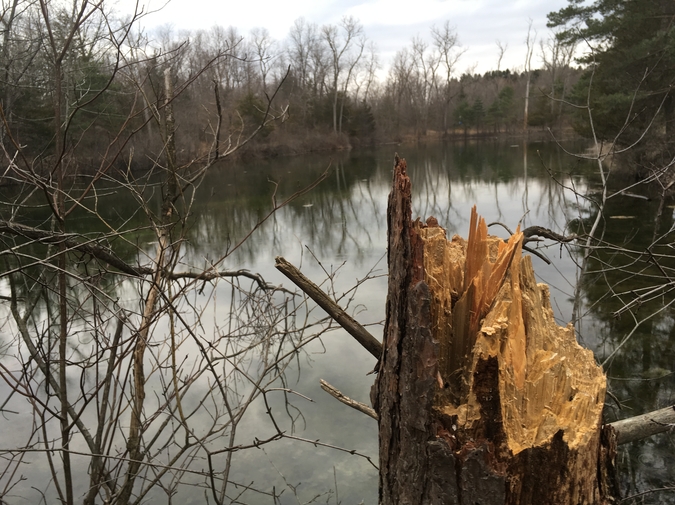 My object of study is referred to as clinically and distant as “client.” He is a doe-eyed boy, innocently stares at me while speaking in clicks. On paper, he is only a stereotype. As in, he practices stereotypic behavior, stimming: no matter how many times he bends the sandal in his hands, it doesn’t break. I record, tally up the amount of times he repeats himself.

After our session, I note: Today is good. No tantrums.

These sweat-ridden incidents, his thrash of toys—he’s dumped a whole set of Legos onto the floor before, or flung them hard enough across the room to pelt, bruise my face, or he’s scratched me deep enough in the arm during a fervored moment—nothing can break him out of the rage-trance. He runs around the room; wants attention. His aunt and I aren’t supposed to give it to him. It’s the same sort of logic one is supposed to adhere to when a baby cries: let them.

This line of work is exploitative. The recording, me writing this all down, is exploitative, a breach of confidentiality. It exposes my client’s humiliation.  I’m considered an asset;
he, a liability.

This has also, however, been one of the few experiences where my body hasn’t encountered itself as an “ass set”.

A few summers ago, I worked as an unpaid intern as a social worker at a child protection agency, performing the job of what my mom calls “a glorified babysitter” for a prominently Hispanic population, where I was to supervise a parent and child’s visit, in a room without any other worker or anyone else there with me.

The whole time I’m thinking of the potential danger of the whole situation, to be left alone in this space with unpredictable parents and their vulnerable sons and/or daughters.

One of the most common questions I’m asked (mostly by the mothers): “do you have children?”

In this sense, the private business of my own body has also been exploited.

The worst part about a parent’s unreliability is having to witness it firsthand: a child waits in the playroom (where me and the other intern are for most of the time, when we don’t have any appointments or we’re waiting for our next one), and their parent calls to say they won’t end up making it, or even worse, and even more common, when a parent doesn’t show up at all.

The child has to stay the whole rest of the day in the cheese-feet smelly room (the smell coming from the cheap microwaveable White Castle burgers one of the workers heats up for the hungry kids), until a social worker is eventually assigned to drop them off at their house.

Sometimes, the parents are more reliant on the authority figure who is assumed to know everything about behavior, and theoretically, that’s me, even though I’m never officially trained for the job (and can’t understand my own behavior anyway). My client’s mother can scrap the most important questions out of the English she knows; it’s a basic inquiry I never get around to answering: “how do I get my child to ____ (listen to me / behave: / be / have [a normal life])?”

My supervisor checks in and assists with my visits only once a week. One day, she allows my client to leave the confines of his apartment. We’re all walking together, him, his mom, my supervisor, and I, towards across the street, to the market, when we stop in the middle of the road. Doe-eyed boy pulls his mother down.

Cars fly by, the collective braking tantrum screech, the only speech the boy knows well enough.

Bystanders witness three women pushing a small child down to the ground—they ask, should we call the police?  I try to make it look like I’m hugging him while attempting to pick up his muscular weight.

I’m selfish for focusing on my own misery in a job that I can leave; I can leave the boy whenever I want. His aunt’s visa also expires around this time (even though the aunt is only mentioned here once before, she is actually the primary caretaker while his mom goes off to work). The mother is now practically left alone with the task of working with her son, not just as a mother, but it’s too difficult for her to set limits with him, she gives in too easily, and now she’s begging, hysterical, to me and my supervisor, even though my supervisor reassures her they’ll find a new therapist. I’ve spent too long deliberating: by the time I officially decide I can’t take it anymore, I am beyond emotional burnout. I’d only been working with my client for four months.

Remember how I mentioned I don’t even understand my own behavior? What I mean to say by this is that most of us don’t. Even experts can’t dominate comportment. What I mean to say is that even though there are clinical terms such as “stimming” to define a specifically “autistic characteristic” and which attempt to neatly distinguish one from the other, behavior doesn’t work that way: it’s  un/pre/dict/able,  man/if/ests   sporadic.

What I mean to say is stimming is a sort of swimming into reiteration, return, re, re—the remembrance of an incident can stay permanent. Neural pathways learn touch that can turn permanent after enough habit.     Sometimes it is a precise pinpoint of re-paining.

Every night, my body’s muscle memory flourishes, reiterates. At night, it is the most effortless action, for me to skim over the surface of my body.

It is the most carnivorous, cavernous object of my study and I rely on it; all I want to do in this precise moment is

Clayre Benzadón is currently a second-year MFA student at the University of Miami and Broadsided Press’s Instagram editor. She has been published by The Acentos Review, QA Poetry, SERIAL Magazine, HerStry, Poetry Breakfast, and was recently awarded the 2019 Alfred Boas Poetry Prize for her poem "Linguistic Rewilding".