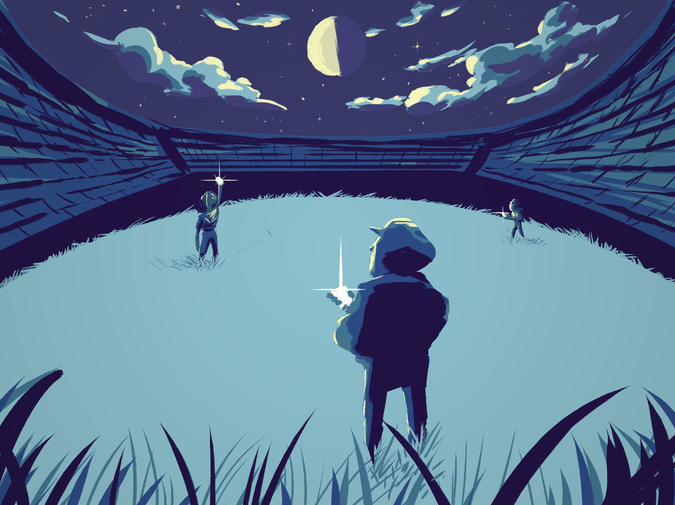 The boys laced under cover of dark and ran the bases, or rather, ran to where the bases had once been. They floated over scars on the infield, phones glowing like shadow balls at the corners. They called out to ghosts, felt the winds of history running through them. No field should be so quiet, said one boy. No pitch should be so dark. A half moon lifted up a crooked spotlight. The wet grass painted their knees. One boy stepped into the batter’s box. One boy cupped his hands and coughed up chants of a crowd, which mixed with the soft city noise, distant sirens, the night traffic on Trumbull. In the weeds, where the dugout had been, one boy ran his hands across his face, touched his lips and chin, called sign after sign from an invented playbook.