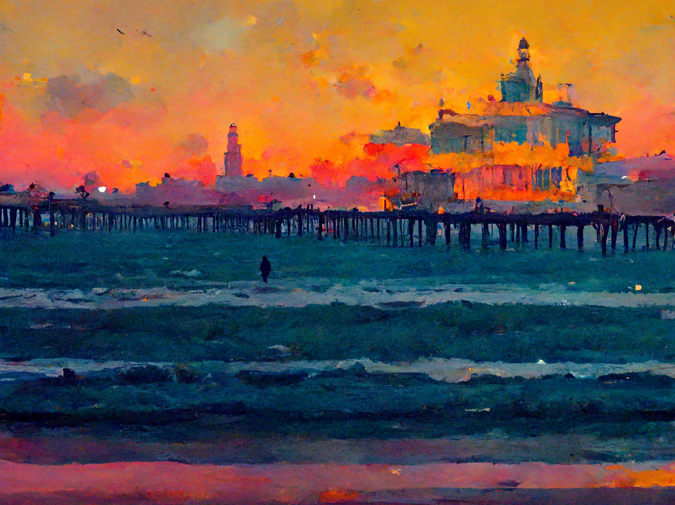 Kiss u sometimes but we’ve never wanted 2 date, don’t want to hold hands (unless we’re sad), buy flowers (unless we’re sad), have late night convos about our childhoods (actually, we r usually sad). Love each other, not in love—no romance there, it’s hard to explain. You called me during your big breakup, I called you when so and so said such and such about my cold dead heart. According to my astrology app we are smiley face compatible in every way except sex & aggression. We are frowny face in sex & aggression. Historically we get drunk and fuck and I pull your hair too hard and you say stop! and you call me babe and I say shut up!

I’m a Chicago gal and ur an L.A. boy so we write our movie on a Google doc. Sometimes FaceTime to hold each other accountable then instead of working take screenshots of each other looking serious. Highlight and erase the sentences we see the other tap out then ctrl z them back into existence. We google if Zoloft lowers our alcohol tolerance. Yes.

Just come down here, you say, and I find a cheap flight, take all my vacation days because I’m probably going to quit soon anyway. You’d come to Chicago but our movie’s a western so we have to shoot it in the west, and also you hate Chicago. Pick me up from the airport and then we’re unproductive together in your 200 sq ft studio apartment with one shared sink for the bathroom and the kitchen—but it’s on the beach! We dribble our toothpaste spit with precision, careful not to get it in the dirty mugs. We keep keep keep getting drunk and writing and saying like wow, this is it, this is profound, then wake up with our arms asleep and it says something like RACQUEL SNORTS WITH A VENGEANCE, REVENGE SNORT.

Our movie is a spaghetti western with real spaghetti that falls out of the bad guy’s cowboy hat at inopportune moments, obscuring his evil vision. A problem for us production-wise is we have to clean up between takes. And we have to make a lot of spaghetti. Use it as props/makeup then eat it so it doesn’t go to waste, but just the stuff that’s been in our hair, tastes hairy but we don’t mind because it’s not like we haven’t had worse things in our mouths. We draw the line at the stuff that falls into the sand. (Filming on Venice Beach. A Venice Beach western.)

In Malibu the sommalier (sp?) says happy father’s day and you say god i HOPE not. We would reproduce together but only if it looks like the Eraserhead baby and has a strange talent like blowing world record snot bubbles. Otherwise, I say, I’m putting it back. The somellier feels bad so he gives us generous pours and you drive us back a little tipsy on the PCH and we listen to The Voidz and I am feeling warm, haven’t felt this warm in a long time. Been in the midwest.

It’s just Racquel and the bad guy, but it’s a POV film like that Elijah Wood serial killer one so the good guy is technically you, behind the camera, but he never talks. The lumpish bad guy you convince Shorty to play even though I wanted to, but I’m the damsel because unfortunately even though I’m a feminist I’m very good at looking distraught. Your brother Shorty is not a revelation. He mostly stands around smoking other people’s weed and waiting for us to tell him what to do. He practices drawing his squirt gun and a noodle falls out. I’ll dunk my head in our sauce pot and he’ll say you have something in your hair, then laugh his ass off. Shorty’s dog Cheese runs in and out of our shots. He’s the same color as the sand so Shorty keeps losing him.

I sleep on the futon unless I’m lonely then I roll over the back of the futon & into ur bed. Big spoon or little spoon, doesn’t matter, don’t need to feel tiny with u. You snore like a motherfucker but I could sleep through the apocalypse. Before bed is editing and thinking about reshoots and I don’t know how to edit or think about reshoots so I bring you whiskey neats (whiskeys neat?) and stand over your shoulder saying what if you made me greener or what if Shorty had a chipmunk voice. When u get annoyed enough we just hang out. Get high. Watch Borat three times. In a fit of domesticity we try to hand roll sushi but it’s hard so we just eat the fish and the rice and put the seaweed sheets against our nostrils and sniff hard enough to hold them there.

We abandon the half-finished script and do some off the cuff stuff. In the middle of getting kidnapped Racquel looks into the camera and gives a brief synopsis of Curb Your Enthusiasm, Season 9. Dripping with sauce, she clutches the arm of a boardwalk vendor and begs him to tell her how to build a meaningful life. Keeps running up to Shorty and pantsing him. At the emotional climax Racquel moves further from the camera with every shot and POV good guy is stuck in place, metaphorically, but also actually, and it’s his own fault he’s buried his feet so deep in the sand. Shorty does an interpretive dance somewhere between them, pantsless. Noodles flying everywhere. By swinging the camera towards the sky in a certain way, the good guy asks will I ever reach my love? Will this solitary hell ever end??

We film the last scene at sunrise so it’ll look like the sun is setting. Right after we wrap Cheese eats some sand spaghetti and pukes all over your camera bag. I don’t help you clean it up. Help me clean it up you say and I say no thank you. But I do go buy you breakfast beer with a jazzy octopus on the label and we sit and watch Cheese revitalize. Hard to be mad at that little guy. When he thinks you are, he’ll put one paw on top of the other on ur knee and flop his ear around and cock his eyebrow and sigh like a human, like hurrnnmmm. Overkill, I tell him. You would forgive him for much less. Remember the time u puked on my bird hat, you ask me. Of course.

Red carpet event at Shorty’s bungalow, he’s kind of rich for some reason. You’re not happy when I ask you to take a pic of me on the boardwalk in my fancy teeny little dress even though I look awooga, as you say. You don’t want to be caught looking basic. Ur a bad Instagram boyfriend, I scold. Some of your friends come over, I haven’t met them before. They keep asking us are we together but they wouldn’t understand our brand of no, so we just laugh. Cheese is a scene stealer, he gets the most applause. I biff so many lines it seems like it’s on purpose. The end is sad. Kind of surprising. You and I scoot closer together to link arms on the couch. There are cures for distance, but for now, symptom management.

At the airport, kiss u on the cheek then pinch it like a grandma. Bye. Through security and already there’s a text. Next summer, beef stroganoff.

Chloe Alberta is a Zell Fellow at the University of Michigan’s Helen Zell Writers’ Program, where she earned her MFA. Her writing has been recognized with the Henfield Prize in Fiction and a Hopwood Award, and is published or forthcoming in TINGE Magazine and X-R-A-Y. Find her on Twitter: @chloe_alberta.