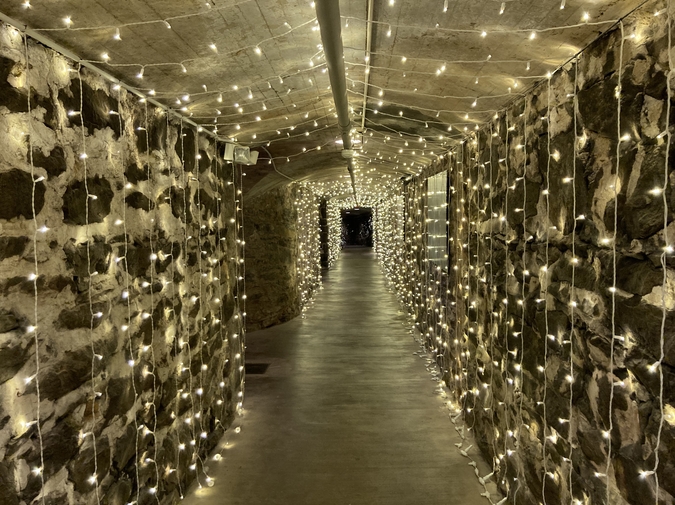 The Eight Types of Men You Can Become

A Card Game for Aspiring Codependents

Rules: For each turn, shuffle the deck and draw one card. Each card dictates how many spaces players move per turn. Points are earned when passing certain spaces: Green spaces are worth two points, blue spaces are worth one, and red spaces are worth zero. The first player to accrue 99 points wins.

Drawing The Prince is a sign of erosion. Advance six spaces. Collect no points except when passing another player.

The Prince was born to rule, but hates to lead. His subjects shower him with patronage, but he squanders their gifts, their love and patience, the many trinkets they bought him. The more his subjects care for him, the more he digs himself deeper into his castle, lit with blacklights and decorated with empty cans and dirty laundry.

One day, The Prince had the finest craftsmen in the land smith a crown that covers his eyes, to hide his adoring subjects from his sight. Some say this is out of revenge for their attention, but others whisper that it’s out of shame.

This is what you used to suspect because you wanted to give The Prince the benefit of the doubt, after the years of screaming, the threats of self harm, the action figure he drilled a hole through and left on the kitchen table with a note reading This is the meaning of hate. For years, you are convinced the meaning of love is hanging portraits over all the fist-shaped holes in the walls.

Drawing The Magician is a sign of good fortune that does not last. Advance three spaces and retreat four. Return all points earned on green spaces.

The Magician mastered his witchcraft in the Woods, where he learned the power of songs to sway people, but also liquors to sway himself. When he returned to the City, he was bored with the limits of power.

The Magician suspends shame with the drop of a hat, and you are envious. He spends days in a good mood and at night transforms into a variety of animals. He becomes a loyal dog who breaks into your apartment to check in on you, then a fox who pursues younger women after they have fights with their boyfriends, then a coyote who slinks into your apartment to crash for the night after arguing with his wife.

A friend who is no longer arguing with her boyfriend later tells you The Magician’s wife called the police that night. Your envy withers. The next day, he is a wolf who departs without another word.

Drawing The Scarecrow is a sign of circularity. Advance fifteen spaces, and regardless of how many points earned, give ten points to the player with the lowest score.

The Scarecrow takes to reading, but he cannot escape the stubbornness of his creator. It’s his anger that draws you closer to him, a problem you might actually solve this time. You listen to him tell the same story in different ways. The Scarecrow is all past, no future. His hunger for closure rings hollower and hollower with each iteration, so eventually you follow the Crows into the Forest.

Drawing The Vampire is a sign of fixation. Advance around the board completely plus four spaces, but collect no points.

The Vampire does not admit he is a Vampire, not even to himself. He came to the City from the Woods, his steps slowed by a hunger that he did not recognize. He spends hours staring at himself in the mirror, unwilling to recognize the man he sees there, and stays up all night scrolling online, pale in the light of his laptop screen, searching for a cause of his hunger.

You are susceptible to The Vampire because he is mostly whiney but sometimes frightening. You dislike being the instigator of conflict, so you have trouble disagreeing with his theories about the government or women, and it feels virtuous to give this pathetic wretch a part of your attention. At some point, your hair starts falling out and you start having strange nightmares about The Prince.

You are surprised how common Vampires are. Once, you help The Magician kick a Vampire out of his house for assaulting his wife. Once, you make a Vampire breakfast tacos at 2 AM and listen to him tell you that your past suicide attempts sound to him like cries for attention. Once, when you wander drunkenly home from The Magician’s house, you find the pipes in your apartment are frozen, and you nearly break your sink kicking it again and again and again in a sudden rage. When you look in the mirror, it takes a minute to see yourself there, your foot aching and your throat on fire from liquor and cursing, and you go to bed before you have a chance to dig deeper into the walls.

Drawing The Bear is a sign of good fortunate that will linger for years to come. Advance ten spaces, but lose all points gained this turn if you draw The Prince after drawing The Bear.

When you find him in the Forest, you are not sure what to make of it when he invites you into his den. The Bear prefers to be alone. He has an edge. A lot of people have hurt him; he has survived much in the Forest. He keeps even his closest friends at a distance with his growl and he wears a musk that announces him long before his arrival, like garlic, pine, and bread crumbs.

But his den is gorgeous, filled with books that fascinate you. He is kind and witty and makes good, filling food. The musk fades and you realize it’s not hunger that propels The Bear, but longing.

When The Bear wraps his giant arms around you and holds you close to him, you enjoy your smallness in his embrace, how easily you fit, satisfied with his satisfaction. A blizzard covers the Forest in snow and ice, so you stay in the den with him and the soft snore of his longing, which you start to recognize in yourself.

When the blizzard clears, you leave his den early in the morning and return to the City. You sometimes hope to find pawprints outside your door, but instead, you only get tasteful postcards in the mail, scented with a familiar musk.

Drawing The Knight is a sign of commitment and tragedy. Advance ten spaces, but collect no points on green spaces. Gain ten extra points if you draw The Knight after drawing The Prince.

The Knight grew up in the Field with the Evangelist, but left for the City in pursuit of love. Instead, he found odd jobs, good music, cheap pot, and a few knife fights. He has taken beatings from cops and delivered goods to water protectors. In his pride, he never gives up on a cause, because he believes chivalry will live as long as he does, which may not be long. He once got into a motorcycle crash because he wanted to avoid hitting a bunny in the road.

Although he has a katana in his closet, his pride and joy is his suit of armor, made of shimmering steel that a craftsman made to keep him upright and rigid, to keep him forever standing at attention, ready for battle.

He is kind and generous to all. He gives you wine and shows you his katana. Eventually, he asks you to remove the armor for him. You wonder if the same craftsman who made The Prince’s crown also made this suit that can walk but never sit.

When you remove the leggings and breastplate, The Knight collapses on the floor and he tells you about the Evangelist, his cruelty, and you carry him to a chair, his legs bruised and wrinkled. You have no portraits to hang over the bruises, so you consider stealing the armor to spare his legs, but instead, you wrap your small arms around The Knight and you listen.

Drawing The Ghost is a sign of introspection. Advance five spaces. Collect double points if passing The Bear. Return points if you draw The Prince next.

The Ghost was in your bed last night and this morning you are alone. You wander around your apartment looking for holes in the walls, finding stains and smells but nothing physical. You look in the mirror and see yourself fully, your reflection sharp in the light, expecting to see The Ghost slipping past your reflection. You think about conducting a séance, but even the memories of him are spectral. Did he even tell you his last name? Did you even ask?

As you linger at the mirror, you begin to notice holes in your skin, little dents and grooves. You remember seeing them before but never paying them any attention until now. Some are deep, but most are shallow, barely worth a mention. You take the flowers you were going to bring to the Cemetery and you stuff them crudely in the holes to fill them in. They fall out within a day, so you cease looking in the mirror.

Drawing The Monk is a sign of inspiration. Advance seven spaces and collect double points on blue spaces, but if you land on a green space, lose half your points.

The Monk was once a Knight who slew Dragons for The Prince, but when The Prince refused to remove his crown to acknowledge the eighty-eighth Dragon head brought before him, The Monk fled for the Field. He sought the Evangelist, but the Crows led him astray, to an old Chapel surrounded by honeybees and barley. In the Chapel, he found the Evangelist’s old cookbook, coated in dust and flour.

You know a lot of Monks in your family. They put their hands on their hips and always have more coolers in their garage than they end up using on their fishing trips. The Monk’s hair is thinning and he needs glasses to see properly. He bakes bread and tends to the bees and makes light beers that go down easy with barbecued moose and fried fish. Strangers come and go and The Monk invites them in to eat, to drink, to be merry and laugh at his bald spot.

When you visit The Monk, he hands you a mug of frothy beer and a slice of thick bread and kicks his sandaled feet up at the fire and asks you about The Prince, and you admit you do not know, you haven’t spoken in a while, he’s doing fine, probably. You see that there are little holes in The Monk’s skin, but his are overgrown with moss. You ask if you can help clean the kitchen and The Monk leans back and looks at the sky, smiling, a patch of moss sprouting on his neck.

Keene Short writes in Spokane, Washington. He is the managing editor at Atticus Review, and his recent work has appeared in Barzakh, Peatsmoke, jmww, and elsewhere. Find more at keeneshort.com.