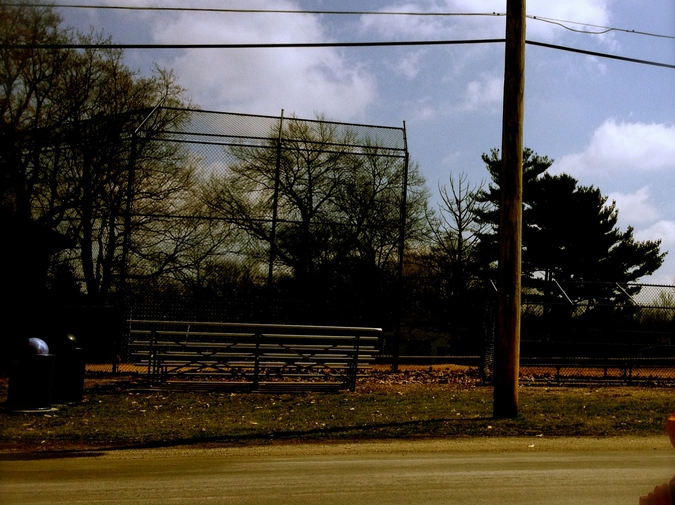 The Fathers at the Little League Field

They cluster like bandits in this late-spring breeze,
lean against right field fence with practiced swagger

even in their stillness. The boys before them,
running through the dwindling green hours

and the close-mown chalk-line fields of potential, already
sag invisibly under their fathers’ undreamt dreams.

These fathers know what unfolds, what corners,
what cannot be contained by highway, riverbank.

A foul out of play bounds toward parking lot,
one man jingles keys and says too loudly,

Hoo boy, better move that ’Bird, which he does,
giving the engine an unnecessary punch

before shifting his baby into drive for the 200-foot journey
to safer haven. The unwritten ways

we call attention to ourselves render us immortal.
These fathers never had a problem disappointment couldn’t solve.

They have witnessed the convergence of time and lack,
they know talent has a ceiling, fidelity

is the last virtue of the passed-by, truth
is for Sunday mornings. Every one of them still

they pretend to leer at the high school girls
working the concession stand.

It’s all almost plausible. One man
passes his flask, they grimace and swig

and swear and feel better about themselves.
Above them, the field lights hum to life,

a million moths clump and whirl and dive.
The game has tightened in the late innings,

the shouting grows tense, important.
Cigarettes are flicked into the gravel,

embers blur to ash. This is when things will be decided.
These men are thirty-three or forty-four,

their ties are loosened, they scuff nicer shoes
than their own fathers ever owned. They sell

and supervise, commute and count and keep score.
There is nothing they can’t have. Their cages

are audible. They shapeshift. They become.

Amorak Huey, a longtime newspaperman, teaches writing at Grand Valley State University in Michigan. His chapbook The Insomniac Circus is forthcoming from Hyacinth Girl Press, and his poems appear in The Best American Poetry 2012, Poet's Market 2014, The Southern Review, Rattle, Menacing Hedge, and other print and online journals. Follow him on Twitter: @amorak.