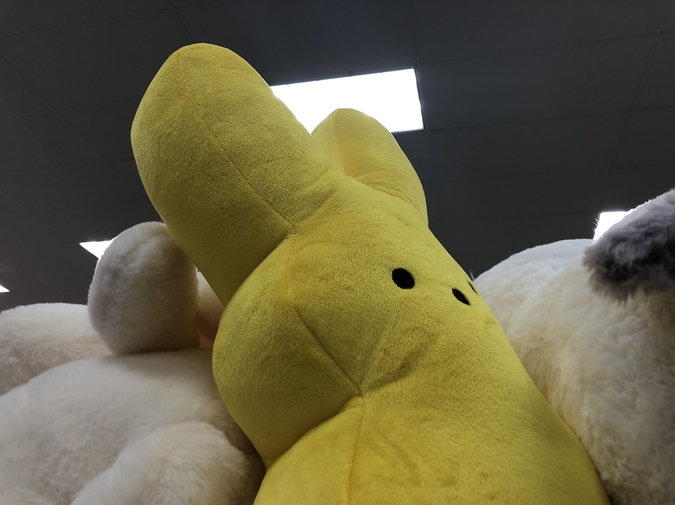 You’re on the freeway with your mom for the first time in a year and there are hardly any flurries in the sky. She’s playing catch up about the family and church, about the house in disarray. It’s a mess, she warns, I don’t want to hear your mouth. She’s all smiles when she says it, though, then asks how is everything. Things are cool, you say. You return to your phone, thumb through Twitter. Your body is angled away from her and you’re not aware of it until you look up from the screen, realize you’re practically facing her from the passenger seat. José Altuve is the current background on your phone. It’s a weak attempt at passing: if anyone asks, you’re supposed to say you’re an Astros fan, but in such close proximity to your mom you fear the lie won’t hold and your body assumes this protective position.

You exit Twitter and Altuve stares back, taunting you. He’s got a baseball glove on and he’s making a fist with his free hand. The picture is taken a second before his skin touches the leather. His beard is crisp and his forearm firm, strong, there’s a ripple of vein, and you daydream about the various ways he could choke you out, or run his hand through your hair. You crave access to that hand off the diamond, away from your phone. The car meets a red light and you’re thinking about how you would lick the salty sweat from his fingers if he let you.

When you're home for the holidays, you watch Hallmark movies with your mom. Stories mostly about small town white men falling for big city white women that result in both parties trapping one another in an environment without Seamless, public transportation, good coffee, or their realized selves. And the thing you find most upsetting is the lack of real kissing and sex, even implied sex, for characters this straight, this cloyingly attractive: Lacey Chabert, Christina Milian, Victor Webster, Antonio Cupo, Alicia Witt, Tatyana Ali, Jonathan Bennett, Alexa and Carlos PenaVega, for Christ’s sake, all rendered into sexless, sweatered mannequins.

The male lead in tonight’s movie is Mario Lopez. He plays opposite Melissa Joan Hart who you’ve crushed on since Sabrina, although her recent roles have been questionable. She has a monologue twenty minutes in and you watch her through a side eye. Mario Lopez's dimples deserve top billing, which you’d like to say but don't say so you bundle it into a tweet for your cyber friends.

In between rolling socks and scrolling through Facebook, your mom drinks Christmas coquito from a snowman mug. You sip craft beer, try to guess which plot points the movie will hit next. Often, there’s a throwaway character, a shopkeeper, who speaks with a slight lisp and dresses fashionably well for a small town—you want to follow that guy’s thread, but that isn’t Hallmark’s formula.

Mario Lopez enters a diner; the camera zooms in on his buttery soft face. That’s the formula. He’s wearing a green Henley and you make a note to find a screenshot later. Your mom looks up at Mario Lopez, adjusts her glasses. She laughs. He’s so cute, she says above a whisper, then laughs again, this time more loudly. A sock hits you on the neck and she feigns innocence. These are the moments you wonder if she knows. You also envy her comfort with expressing thirst, how being so openly parched became a mom thing. Now, the camera is on Melissa Joan Hart. Her scowl flashes across the screen; she’s confused and a little pissed off at Mario Lopez, then the scene changes and your opportunity fades with it.

It wasn’t always José Altuve on your phone. Before, there was Oscar Isaac. It wasn’t his arms or hands that reeled you in, but his lips and eyes, and his curls in full bloom, that glorious mane occupying prime real estate beneath your phone’s digital clock. There was three months with Chris Pine and half a year with Lin-Manuel Miranda. There was Prince Harry, Donald Glover, Richard Madden with the Fiji water girl, Gael García Bernal, Pedro Pascal, Bruno Mars, Steven Yeun in an $1100 bat sweater. There was Colin Firth reclining in a bathtub; Jack Black in sweatpants, sipping white wine; a salt-and-peppered Alfonso Cuarón holding his three Academy awards, bow tie undone. Slim men, thick men, chiseled beards, blue eyes, dark eyes, all welcomed, given equal opportunity on your phone’s lock and home screens. An oasis retrievable from the pocket of your jeans.

Finished, you wipe your hand clean on a blanket and sit up with the laptop. Its brightness is on the lowest possible setting before the screen turns black. You like this dim, blue glow. You enjoy the experience of looking into it without a reflection, without the worry of seeing a defined shape of yourself.

Christopher Gonzalez serves as a fiction editor at Barrelhouse and a contributing editor at Split Lip. His stories appear or are forthcoming in a number of journals and anthologies, including Best Small Fictions 2019, Forward: 21st Century Flash Fiction, Lunch Ticket, Wasafiri, Third Point Press, and Cosmonauts Avenue. Cleveland-raised, he now lives and writes in Brooklyn, NY and spends most of his free time on Twitter: @livesinpages.