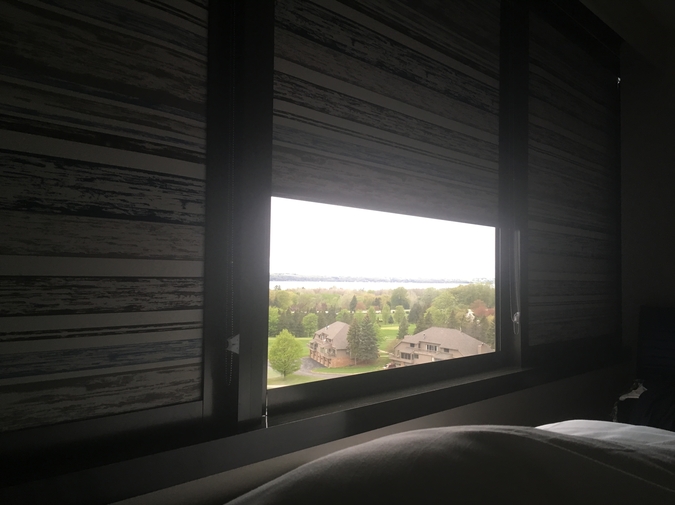 This Is What (Real) Freedom Is

It doesn’t matter how many times the essayist — the blind essayist — tries to write what it’s like being in the driver’s seat or how she is fascinated about writing what she doesn’t know: she imagines drivers place their noses to the dashboard while driving on long roads as straight and shapeless as Braille, and it won’t matter how many times she crafts sighted personas to fulfill that sensation, because she is absolutely bound to get it wrong before she gets it right, for the blind essayist has never done this thing, and it won’t matter that she’s written enumerated and segmented and triptych essays set in cars in which the essayist was an eager passenger — being a passenger means her mind can run wild in a way it is not allowed to when the essayist is walking, because when she is walking she must be fully present and concentrating on the sounds around her, the sidewalk in front of her, the sun’s position on her face, the texture of the cracks in the concrete—but in a car none of this matters and the essayist often pretends to gaze out the window at sprawling fields of flowers even though for all she knows it could just be an open road, and it won’t matter that on her sixteenth birthday the essayist was full of joy but the one truth the essayist held onto was I want to drive! I want to drive! I want to just drive! and six years later on a balmy April night in the parking lot of On the Border, her stomach full of tacos and sweet tea and so many butterflies fluttering around with the spring air blowing, on this night the essayist’s best family friend hands her the keys and she joyously jingles them around, recalling when she was a small child and often shook her mom’s keys in this fashion as she would shout, Who wants to go to the store with me? just like her parents—her sighted parents—always did, and now the essayist plunges the key into the ignition, her left hand vibrating with the buzz of the engine as it rumbles to life, and the essayist shouts with glee and it’s the most powerful feeling in the world as that just-released Carrie Underwood song burbles through the speakers and the essayist will inevitably try to hit those insanely high notes, and then her family friend takes the wheel because it wouldn’t have ended well for anyone if the blind essayist drove any further, and in this moment the essayist is perfectly happy to sit in the passenger seat and sing along with Carrie, knowing she will never be able to emulate the classic Carrie wail no matter how many times she tries, the way her voice rises, rises, rises, falls and rises again, still beautiful and fragile and real and raw and full of ripe power — just like the essayist feels in this moment: full of control — because what matters is that for one glorious moment this essayist held the power of freedom in her hands in a way she never has.

Nikki Lyssy is a senior at the University of North Texas, where she studies creative writing. This is her first publication.