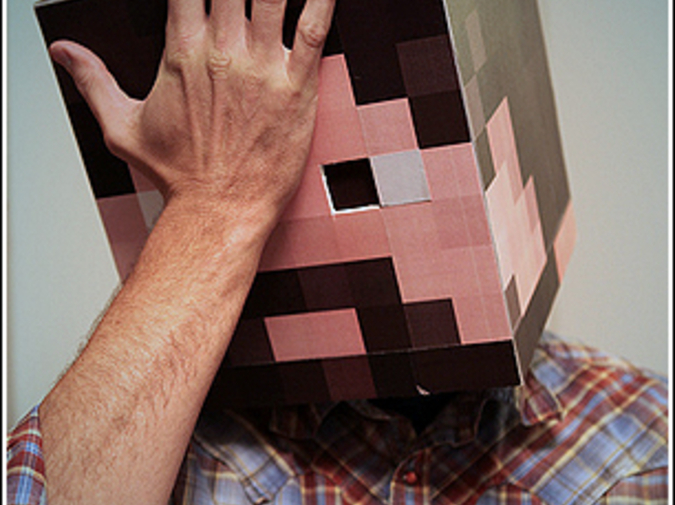 Those Endlessly Falling Blocks and Their Holy Patterns and Prizes

The Obituary of Alexey P.

Alexey P. is startled to find his obituary in the morning paper. His eggs cool. The pulp congeals in his OJ. Nearly every line is aboutTetris, how he created it in Moscow all those years ago, the zillions and zillions of rounds played since. Forgotten are his wife, children, his mediocre chess career, his aborted phone company. Alexey P. paces his apartment and pulls back the drapes. Pittsburgh is revealed, jagged and shining with menace. He calls his lone remaining confidant, Allochka S., a young man he plays chess with via the internet.

“They think I’m dead,” he cries. “Nothing I do will ever top Tetris.”

“This is true.” Static, static, static. “Alexey, do you have time to hear about a wonderful business opportunity? It’s not a pyramid scheme this time.”

The Birth of His Son

His follow-up attempts have failed. Hatris, an abomination! His cellular company, too forward-thinking, too ahead of the curve! He rereads an issue of Popular Mechanics for the seventh time in the waiting room. When the nurse finally tells him he can see the baby—a boy!—he is so very relieved.

Veiny skin. Tufts of hair that remind him of his pubic region. Egg-white eyes. Alien. The other. Alexey P. feels none of the overwhelming sensations of love and life that he has so longed for. His looks away from his wife but knows this turning is a tell, worse than the disappointment itself. He looks back at his son and senses this nondescript boy will never match those perfect blocks, those endlessly falling blocks and their holy patterns and prizes. This boy is not his greatest contribution to the ongoing human mystery.

The nurse raises his fleshy pink body like a sacrament. “Mr. P., would you like to hold your son?”

Once his attempts at family and business draw to a close, Alexey P. spends two years holed up in a beach town on the fringe of New Jersey. Everything is plastic, predictable—like living in a great big shopping mall—and Alexey P. finds himself able to lose consciousness in the growing bubble of collective American fantasy.

One day he tugs on flip flops, his tank top, applies a wedge of lotion to his easily burnt Russian nose, then climbs into his car and drives, drives, drives. He winds up in Atlantic City, slapping across the boardwalk, listening to the sweet cacophony of waves, seagulls and cat-calling children.

He is at peace here in this American wonderland. Until he hears those noises, those artificial bleeps and bloops that signal his former genius, his youthful prodigy. He enters the dank arcade, something moist about the place, embarrassing like masturbation, a hundred kids covered in sand pumping joysticks, their nubby faces aglow with video game light. Alexey P. blinks wildly and wanders to the back of the arcade where the old games are kept. Of course they have Tetris. Of course there is a boy playing it, shirtless, shoeless, a shaved head and smooth scooped kneecaps. The same age as his estranged son.

The boy turns to Alexey P. and spits on the ground. “Fuck you, old man. Fuck you.”

Alexey P. begins to sweat. “I am sorry,” he tells the boy. “I am sorry. You’re a very good Tetrisplayer though. You shouldn’t try and clear each line individually. The game rewards waiting for Tetrises. The long block is the key.”

The boy grabs Alexey P.’s testicles through his swim trunks and gives three quick squeezes. “It’s over for you, old man. You’re done. Your time has come to an end.”

How to Live In Moscow

Days, he works in the Computing Center for the Soviet Academy of Sciences. Nights, he sits in his third-floor Moscow apartment and makes soup from cans, watches television for hours, pisses in the sink like a vagrant. He is young. He is intelligent. He is alive. Alexey P. is going to show this world how to live.

He meets a woman. A few years younger. Matronly and pale. She drones on and on about something called “the Russian soul”. Alexey P. loves her, and for a short while, this sweet young woman loves him in return. Then she doesn’t anymore and expels him from her bed. He returns to his third-floor apartment, bitter but enthusiastic about the range of emotions this experience has inspired. Alexey P. believes this is a sign of all the goodness to come.

That night, he sits in front of his window watching the snow pile up in a parking lot. He lives across the street from a doorknob factory where a lone delivery truck idles out front, its back open, already half-filled. Sitting on the pavement are dozens of mismatched boxes, random sizes, a few men rubbing their necks. They work in tandem, squeezing the boxes inside the truck, fitting them in varying patterns so that not an inch of space goes wasted. How beautiful their work is. How perfectly it symbolizes the juxtaposition of struggle and achievement that is this modern life.

Alexey P. watches these men for an hour. When they leave, he sits down at his computer and begins his most important contribution to the world. He births the game that will outlive them all.

Salvatore Pane's fiction has been nominated for the Pushcart Prize and The Best of the Web. His work has appeared in PANK, Hobart, Annalemma, Flatmancrooked and Quick Fiction. He blogs for The Rumpus, PANK and BOMB and teaches creative writing at the University of Pittsburgh. He can be reached online at www.salvatore-pane.com.