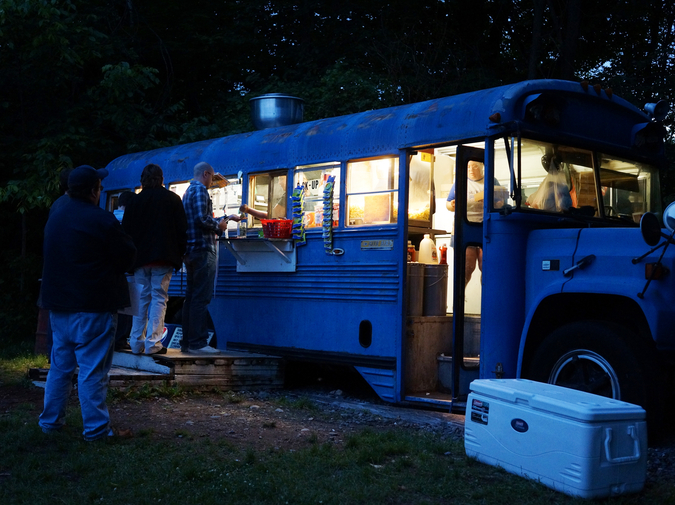 Three Is A Rational Number

Lola’s lost her rational numbers worksheet. She’s got the whole school bus looking for it —when Lola says to do something, it’s like she’s an orchestra conductor and we all just fall in line.

“For God’s sake, people, it was here a second ago. Look a little harder.” Lola’s golden ponytail flops side to side as she paces the aisle. She taps Billy Maguire on the top of his head. “What? You give up already?”

Billy Maguire is the goon of Darby Junior High. He’s easily a head taller than me. I stand up and start toward them; sometimes it’s no fun being Lola’s twin brother. My stomach’s cramping into a raisin, but then I see Maguire rip a sheet out of his spiral notebook.

Lola combs over Maguire’s sheet as if she’s grading it or might even reject it. I’m certain her original homework was wrong because she copied off of mine and I’m an algebraic head case. Billy Maguire’s a goon, but Billy Maguire is also the smartest kid in the seventh grade. That’s how I know life isn’t fair. Lola folds Maguire’s offering into her training bra and plops down next to him. I taste this morning’s Cheerios backing up in my throat.

Typical day now. Lola and Maguire are holding hands at the bus stop. It’s 7:45 AM, which makes it even grosser.

My best friend, Seegs, is obsessed with two things—Soldier of Fortune 3 and sex. He points at Lola and Maguire. “How far do you think they’ve gone?”

I think about decking Seegs, but he’s a compulsive nose bleeder. It’s messy, and a weird part of him loves the taste of blood. “That’s my sister, you perv.”

Everything I know about sex I’ve learned from Seegs. He knows practically nothing, but his brother told him stuff and he’s at State College. It’s sick to think about Maguire, his monster lips and hands oozing over my sister. Or maybe more. From the pictures Seegs showed me, the whole thing looks pretty impossible. Like winning a game of Soldier of Fortune 3 against Seegs.

“Yeah,” Seegs says. “But do you think he’s gotten into her bra?”

According to Seegs’ brother, once you get under the girl’s bra, you’re home free. I tried to talk to Lola about it the other night; I asked her if Maguire was behaving himself, which sounded cornball the second I said it. Lola gave me an eye roll, the one she usually gives Mom or Dad when they turn off a PG-13 movie because it’s ‘too risqué.’ I don’t blame her. I sounded like a freaking pilgrim.

The school bus pulls up, and Lola and Maguire are the first to climb in. They prefer the first bench, the one everyone has to pass when they board. Maguire’s cronies slap him a high five as they walk by. Lola glows with her new secrets.

It’s official—I’m rocking a solid C minus in algebra. Lola is pulling straight A’s, and Mom looks mystified as she posts Lola’s successes on the front of our fridge.

I elbow Lola as she reaches for the milk. “Those are Maguire’s ‘A’s’ you know.”

“Try and keep up,” she says. The way she laughs reminds me of Maguire and his friends, their roars that pierce all of us outcast gamers.

After dinner, we sit at the kitchen table and do our homework like we have since we were six. Lola leaves after half an hour, and when I look at her algebra papers, I can see she’s barely touched them. Why does algebra matter so much—does it really develop real-world problem-solving skills? Lola seems to be solving all sorts of things by herself without even touching this stuff.

Two months later. Lola bolts to the back of the bus, waving at Seegs and me.

She oreos herself in between us and grabs both of our hands. She’s pale, like the time our family went snorkeling and a school of stingrays circled around her.

Maguire marches back to us.

“I guess she doesn’t want you that bad,” one of his goonies yells.

Lola squeezes my hand hard. “He made me touch it,” she whispers, loud enough that Seegs hears her too.

Seegs and I stand up in the aisle, blocking Maguire from Lola. He opens his mouth and I want to rip into his A+ teeth, deliver an overdue slap.

“I suppose she told you,” Maguire says.

Yes, he towers over me and yes he’s a goon, but the thing is, there’s guilt in the way he says this—I suppose she told you—guilt mixed with something else—fear maybe—and standing here in the aisle of the Darby Junior High school bus, I can almost smell the lack of confidence that Maguire is oozing, like the stingrays probably sensed in Lola. There’s a sudden turn—I’m the stingray now—and I think I can actually solve this equation: boy + girl + twin brother + screw-up = trouble for boy! I’m a rational, problem-solving genius! I’m so wrapped up in the euphoria of solving teenage algebra that I barely notice Seegs push Maguire back up the aisle, or Maguire’s reverse charge and head-butt to Seegs. The bus erupts in roars and cheers. The bus driver is yelling and pulls over to the curb. Seegs’ nose drips blood like he’s been hit by a ghoul engine in Soldier of Fortune, but he is smiling. Blood streaks his teeth. Lola flips through her backpack, looking for tissues or a gym sock, something to sop up Seegs’ blood, but all she can come up with is a crumpled piece of paper. A rational numbers worksheet. I can make out x’s and y’s and squiggles, Lola’s sub-par handwriting. She rips the worksheet into strips and rolls a couple of plugs for Seegs’ nostrils.

Maguire just stands there and stares at all of us for a long while. I wonder if he sees what I do—a girl who drinks Coke through cherry rope licorice, her crooked-scowling brother who has 33 teeth crammed into 32 sockets, a bloody action hero best friend who has overdue C-minus quality math homework stuffed up his nose; a trio that makes no sense; a problem that no one like Maguire will ever be able to solve.

Michele Finn Johnson’s stories and essays have appeared in Colorado Review, Mid-American Review, DIAGRAM, The Adroit Journal, SmokeLong Quarterly, jmww journal, and elsewhere. Her work has been nominated several times for a Pushcart Prize, Best of the Net, and Best Small Fictions. Follow her @m_finn_johnson, or visit michelefinnjohnson.com.