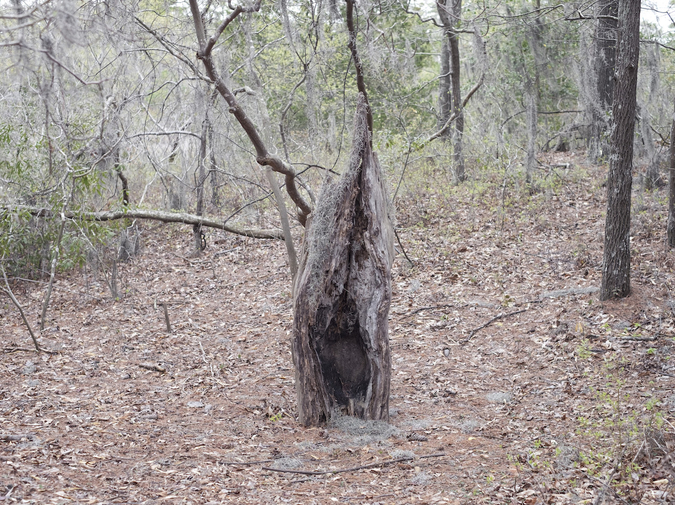 Mom called it car camping and always emphasized the distinction between it and what she termed real camping. We’d pull up to our plot of land and set up our two tents, one for Mom and Dad, one for me and my brother, Charles. We slept on air mattresses, which Mom always made mention wasn’t exactly roughing it either, though Dad reminded us how fortunate we were to have them. That without them, we’d have nothing but our sleeping bags to pad us from the dirt and rocks and bugs underfoot.

Mom and Dad argued through setting up the tents and building a fire. Dad said we didn’t need a fire because it was already warm out, and Mom suggested we needed the fire for the experience, not the warmth, and when he grew frustrated with flint and wood, she took over and got a fire going in ten minutes or so.

We roasted hot dogs and marshmallows, then, after Dad turned in, more marshmallows. As many as we wanted.

Charles and I told scary stories. Nothing too scary until Mom went into her tent and the fire died down so there was more shadow than light and we could only see each other’s faces when we leaned in very close. Charles was better at scary stories than me. I always wanted to rush to the climax. Until it wasn’t a story at all, just a summary of gory incidents or people being terrified by my random insertion of a witch or a ghost. By the light of day, Charles explained what I was doing wrong, that it was about building tension and suspense. That’s what made a story scary, and I could understand what he meant long before I could understand how to do it for myself.

He told me about The Tree Man.

“He climbs into trees—into the tallest tree he can find. And he sits up there and watches for people to come along.”

Charles leaned back from the fire a little. His face colored dark orange, almost red in the flickering dull glow. “He waits for people to fall asleep beneath the tree.”

“Who falls asleep beneath a tree?” I asked.

“All kinds of people. You’d be surprised. People looking for shade on a hot day, or after a big meal. People who don’t have homes. People who’re out camping—” He trailed off a little on that last part. As if he hadn’t meant to say it, and I knew even then that he’d meant to say it, meant to scare me. But that doesn’t mean it didn’t work.

“He eats people,” Charles explained. “Not the whole person, not enough to kill them. Just licks at them a little at first—on the backs of the ears or against their eyelids, just to get the taste. Then he’ll start to nibble, real soft and subtle.”

“You ever hear of chloroform? He’s got a bottle of it and puts it over people’s mouths. So they go from snoozing to the deepest sleep of their lives.” He pulled back a little farther so I could just barely see him. Until I blinked and he was gone and I was alone. Alone, under the tallest fir tree I’d ever seen. Tall enough to block the moon, most of the stars.

“Charles?” I called after him.

I stood up, turned around, and stretched my hands out in front of me in the dark. I held my breath and took slow, soft steps so I could hear Charles, or any animals, or—

A rustling from above. A branch moving. I wasn’t asleep, so the Tree Man wouldn’t come for me. Not then.

Unless he was really hungry.

Another rustling sound, then a drop. Then a hand on my shoulder and I screamed.

Charles laughed. It was all a game, of course. And Dad said, “God damn it,” and “go to bed,” and in the quiet of the night I heard another laugh. Mom.

And it was funny. Scary, but funny, like any good campfire story.

After we’d put out the fire and gone into our own tent and laid down, I listened to Charles’s breath slow and turn to snoring before I crept over and licked the back of his ear until he woke up screaming.

Michael Chin was born and raised in Utica, New York and is an alum of Oregon State's MFA Program. He won Bayou Magazine's Jim Knudsen Editor’s Prize for fiction and has work published or forthcoming in journals including The Normal School, Passages North, Iron Horse, and Front Porch. He works as a contributing editor for Moss. Find him online at miketchin.com or follow him on Twitter @miketchin.