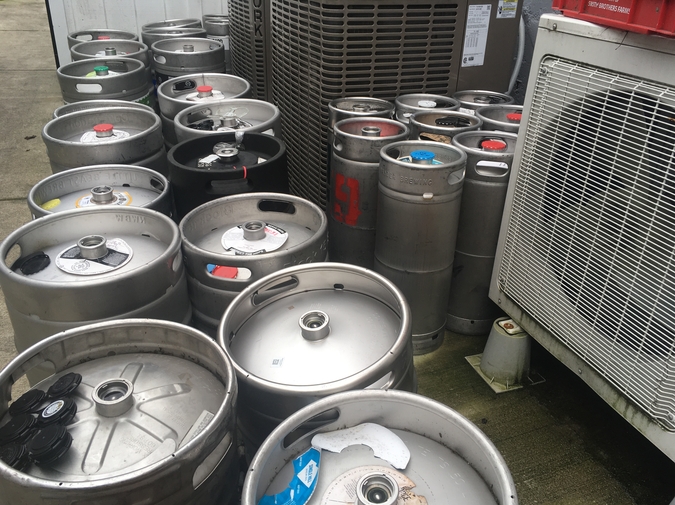 “Now I just let him have his beer,” she said, looking away from her New York Times crossword, out from the porch over the lawn. Behind the lawn was more lawn. John was out there on his Deere, mowing the back acre and drinking his beer.

They’d bought too much house, too much lot, with a Californian equity. They’d cashed out into a what AARP said was a prime retirement state. They joked with the realtor as signatories — they would be California Kings, like the mattress they had bought for their new conjugal room. That's what they’d joked, but it had been one of those jokes, all seriousness, a hope too ridiculous to be admitted untrue.

Well was what they’d said on what they’d planned as the last day they would ever look with fresh ownership. There was that house, that lawn. Theirs. They'd meant different things by that well. But they had lived through their differences and there was not all that much living left to fight over.

His beer, a silver Sapporo tallboy, was in a foam cozy from the dealership. He steered with one hand and drank with the other, slouched back, belly paunched Claus-ishly.

He wore khaki cargo shorts, green high-vis tube socks intended for runners, a black silk button up shirt with a Japanese crane print, and a straw hat, which was unraveling. The hat had come from an above a tool table inside the two car garage, been dusted off with a can of compressed air. Waste not darling, he said, grinning perversely at her horror. He wore bulky over the ear Bose headphones under it, and listened to Pink Floyd or something like that.

"God,” she said, happiness entering into it once more as she spoke of it aloud for the first time in months, “He looks awful, doesn’t he? But he likes it, of all things, that’s what he still likes."