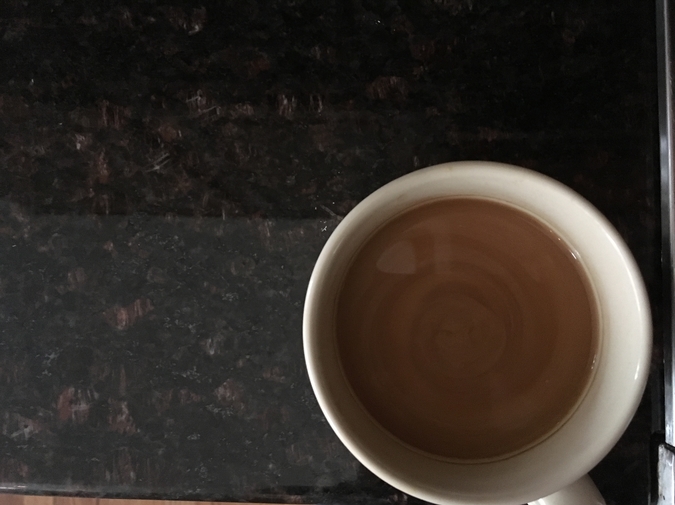 While The Men Go Hunt the Shark, Mrs. Brody Meets her Lover

She is always good with the sendoff. The decoration, the dramatic turn: the hoops that glimmer in the sunlight, the tear-laden kiss, the run across the dock as the boat begins its slip across the waves. Now that the Chief is off on another hunt, the eye of the camera has left her. Here in the house at the edge of the ocean, it is her, and the children sleeping, and the silence, and she gets to choose how to fill it.

The flick of a match.

The crack of the window.

The deep suck of smoke into her lungs.

The zip and whir through the numbers on the rotary phone.

Out on the dark of the ocean, the camera is watching: there the boat, its little light bobbing on the surface like the light of a person lost in the woods, like the light of a person shaking, searching for a path. The three men sit in the galley. They compare their scars and sing that absurd little prophecy. The shark wears the barrels they tagged him with like rubies on a string. He burrows deeper into the water beneath them as if burrowing into skin.

But here, in the house at the edge of the ocean, there is no camera, and so Mrs. Brody awaits her lover. This time, perhaps, it will be the medical examiner. Maybe instead it will be Mayor Vaughn, and she’ll have the pleasure of ripping him out of that ridiculous anchor sportscoat. She sucks her cigarette down to the filter and waits. And then he is there in the doorway, silhouetted. She sits in a wicker chair on the shadowy edge of the screened-in porch and she beckons him, the ocean at her back, crashing, crawling towards her. When he is close enough to almost make out his features, she points a finger to the floor, and he knows what to do: he gets on his knees, and he crawls to her too. She lights another cigarette, spreads her legs. He lowers his face between them. She leans into this gift. She props her legs on his back and rocks against his face, raises her hips when he puts his fingers inside her. She watches “Welcome Back Kotter” while she comes. It’s all so easy, this. There is always a man on Amity willing to prostrate himself for a taste of pussy. The island is a-bloom with them, and Mrs. Brody has plucked the lot because the rest of the women on Amity are all too preoccupied to fuck. All the rest have mourning veils to fashion. All the rest have fists to stuff between their teeth to keep from screaming.

But Mrs. Brody, post-orgasm, is immune to the fear and the blood and the bad bad advice. She sits with her lover between her legs on the porch at the edge of the ocean, and it is as if she is the only one on the island at peace. But Mrs. Brody has seen the way and the light, Mrs. Brody has seen behind the camera, and it is a revelation. The whole of her life, played out on a reel for an audience: her, in a horrid swimsuit and a fabulous hat. Her making fun of New York. Her coming onto her husband: wanna get drunk and fool around?

But the bigger revelation is the way the shark threads it, the way the great gray hulk of his body ticks through the years of her life like the hands of a clock. She knows well enough now to stay out of the water. She knows that once you dip in even a single toe that the shark can hear the tick of your blood under the surface, that the shark will sound you out. She knows, too, that it is both too late for her family and far too soon: the death of her people is years away. It will be a heart attack, not a shark, that will take the Chief in ten year’s time. It will be a shark that will take Sean in 15. And Michael will go too someday, but generously beyond the reach of the camera’s lens, and that is its own kind of safety.

Mrs. Brody runs her fingers through her lover’s hair.

Out on the dark of the ocean, under the eye of the camera, the shark explodes. He billows blood like a ship on fire all the way to the ocean floor.

Under the eye of the camera, something bigger, bigger.

Here, she thinks, is the deepest secret nobody knows, the teeth of the teeth and the blood of the blood and the bite of the bite or however that poem goes:

Here, she thinks, is another: better than forcing the hands inside you is becoming the thing the hands gravitate to.

She leans over and puts her tongue in her lover’s ear.

You belong to me, she whispers, and she spreads her legs again. He, of course, obliges.

For a while, she lets her lover’s tongue and fingers blot out her thoughts. Afterwards, she nibbles her lover’s ear. For a moment she thinks of drawing blood.  Not today perhaps. But one day soon, she’ll have to practice. After all, the only way to beat the shark is to become him.

Megan Pillow is a graduate of the University of Iowa Writers’ Workshop in fiction and holds a Ph.D. in English from the University of Kentucky. Her work has appeared recently or is forthcoming in, among other places, Electric Literature, SmokeLong Quarterly, The Believer, Gay Magazine, and Guernica. Her fiction has been chosen for the Wigleaf Top 50 and named distinguished in The Best American Short Stories 2020, and her nonfiction has been honored as notable in The Best American Essays 2019. You can find her on Twitter at @megpillow.