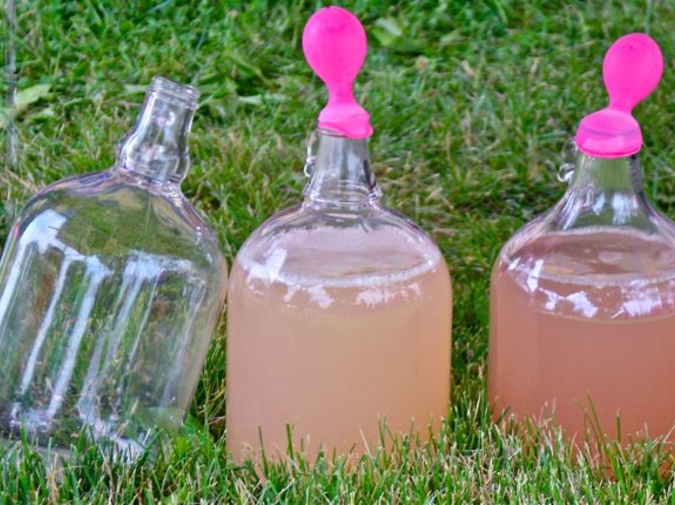 Two drinks in, we’re complaining. Jem wants a second baby, “But who the hell will gestate it?” Her husband Paul is a stay-at-home dad. I’m regretting ordering my Gibson. The cocktail onion reminds me of a bobbing eyeball: slimy and shiny, striated like bark. I poke it with my swizzle stick, envying Jem’s drink, made with blood oranges, perfect like Jem.

“So why are you with him?” says Shelley.

“Oh, why the fuck are we with any of them?” says Jem. Her British accent makes even fuck lovely—fock—a creamy dollop dropped from a spoon. “I spend all day as this walking, talking brain in a suit. Then I come home, and Paul is stirring stew while the baby holds his leg. I just wish he made money—I don’t mean a fortune, any money at all! And all we talk about is Charlotte.” She looks at me now; Jem and I have been friends since freshman year in college. “You remember: I used to have intense, intellectual boyfriends. Quirky assholes, but they could talk. How did I end up marrying someone who has no conversation? Well, there’s the sex, of course.”

Shelley nods. We know all about their sex life. Five years in, they still do it three times a week. Every so often, Jem will let something drop: Paul blindfolded her with her mother’s Pucci scarf. Or she’ll apologize for being sleepy or distracted: “We were up half the night, fucking.” Focking.

Shelley doesn’t need to say why she’s with Al. If a man leers at her, she gets pregnant. She and Al weren’t even serious when she got pregnant with Frances, and decided she couldn’t cope with another abortion. I remember four years ago, at Shelley’s wedding, looking at her belly, and imagining an iron ball inside, anchoring her. Shelley used to be a hummingbird, quick and graceful. Now she sags. Not that this stops her and Jem from asking me, whenever we get together, “So when are you going to have one?”

And why am I with Michael?

Fifteen years ago, when I was a freshman at UT, he broke my heart. Jem and I met him at a kegger, but Michael focused on me, rather than the sexy English girl. After two months, he called it off. He wasn’t ready to be serious. So when we bumped into each other ten years later in San Francisco, I was on a quest. Who cared about his crazy chef hours, or that he did blow, or was selfish in bed?

And further back, because such over-compensation for rejection comes from somewhere old and deep: when my parents divorced, Mom took my brother Bradley, but not me. She said it would be good for the kids to live with parents of the opposite gender, for each of us to have one-on-one time with a parent who focused on just us. Besides, her new place was a two bedroom, and Bradley and I fought non-stop.

Michael sutured old sores: that eighteen year old who cried in her dorm for days, listening to the Smiths; that twelve year old looking at the directions on a package of frozen meatballs, while her father watched football.

Before all those rejections weighed me down, became their own ingested anchors, wasn’t I a hummingbird myself?

On family road trips when I was a kid, before the divorce, we’d drive by woods, and I fantasized about running away when we stopped for gas. Losing myself in those trees, climbing up and up ladderlike branches.

I watch Jem sip her radiant drink. I think of four years ago, before she had Charlotte, when she and Paul were on a break, because Jem used to do that all the time: decide he wasn’t sharp enough for her. I was living with Michael by then, but he was away on a chef thing—some intensive sauce weekend in Napa. I ran into Paul in Dolores Park. We drank beers from his cooler; then we went back to his place. His sheets were unwashed. He tied my wrists to the headboard with a pair of socks. When I closed my eyes, I saw Rorschach blots in reverse: red-orange on a black background.

I listen to my two best friends talk about their men and their kids and remember looking out the car window when I was a kid, longing for those woods. I imagine standing in front of our house, holding my key, rubbing my thumb on the grooves. Then not unlocking the door at all. Putting the key under the mat. Or, better, sticking it through the mail slot so I can’t have second thoughts. Hearing the ping as it hits the floor: then turning my back and taking off.