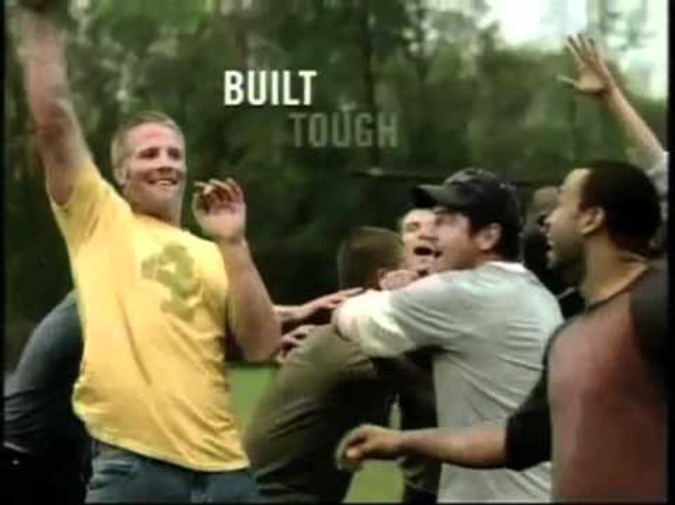 “I thought you were going to play football,” she says.

She is folding laundry, matching socks. She rolls a pair into a neat ball and drops them into the basket. Even for this, she has a system. She has equipment – a thirty dollar “Laundry Pal” from Crate and Barrel. She rolls and drops, rolls and drops.

I pull up my pants and reach into the Sears bag for the new socks – black, UnderArmour. I noticed this last week. He wears the jeans, and then athletic socks and the Nikes. But the socks are black, so they go better with the jeans. I had just normal socks on last week, the white ones like we wore in high school basketball. I had it wrong.

I can feel the heat rising to my cheeks. My forehead sweats. I look at the socks, take a deep breath. Do I want to get in a fight? I glance at the clock radio. It’s 2:30 and it will take twenty minutes to get over to the athletic fields. Game starts in an hour.  Last week he didn’t arrive until right around three, a half-hour early, making some joke about old habits dying hard. This week, he could be there earlier. He could be there right now, standing around, wondering why there’s nobody to throw to.

I decide to go the direct route. “You know what these are, Sally,” I say.

“Turn around,” she says.

I feel ridiculous but I do it.

“Huh,” she says. “They took that W thing off them. But those are Wranglers alright.”

There are a million things I could say, like how can you notice one pair of new jeans but not when I shaved my mustache or when I lost twelve pounds on that South Beach Diet, like how can somebody who buys hundred dollar jeans six at a time on the internet make any comments about anybody else’s jeans. I remember what the marriage counselor said.

I put on the new sneakers. Cross  Trainers. Nike. Almost the exact kind that Dale Junior wears when he comes out. Close to the same kind, but not too close. It’s tricky. It’s a line we’re all trying to walk. It’s nothing we would ever talk about, not ever, but I see the rest of the guys doing the same thing, all of us slowly picking up on it, morphing, figuring it out -- Wranglers and Nikes and black UnderArmour socks and dark green and mustard colors.

You can take it too far, though. Last week, Earl Tucker from the Legion had on the exact same non-branded, Packers-colored shirt that Brett had on the week before. The same one. I wanted to ask if he had Googled it, or just got lucky at the Sears.  It was too much, though, a step over that line. Brett would never say anything, but he didn’t throw a single ball Tucker’s way all afternoon, and when we were hanging out by the pick-ups afterwards, Brett and Dale joshing and slapping each other on the shoulders and the cameras getting every moment of it, Tucker was not asked to “come on over and have a few.”

Sally finishes with the socks and starts in on her underwear – white cotton, sensible, the kind you picture on your mother but not your wife. She folds each one the same way, right over the center, left over the center, bottom over top, and into the Laundry Pal for the five step trip to the dresser.

“Do they all wear those?” she says. “To play in, I mean? You do, like, play football?” She’s trying to be neutral, to really ask the question, show interest. This is a thing from the marriage counselor and she’s not very good at it, but I appreciate it so much I want to cry or punch the television.

What did the counselor say? Communicate. Be honest. Be friends again, then let the lovers part come back naturally. She said all that and then she wrote the prescription for the little blue pills and asked about the co-pay.

I stand and take the belt out of the Sears bag. This is another thing I had wrong. You don’t wear your work belt to play football on Sunday afternoon with  Brett Favre and Dale Earnhardt, Junior. I feel like maybe somebody should have told me that, but the main rule seems to be that we don’t talk about it any more than to say something like, “you coming out Sunday?” Like any of us would miss it. Like we’re not counting days until we can be out there again. Like we’re not holding our breath hoping he doesn’t lose interest or get signed by some playoff team with a gimpy quarterback and then what would Sundays be again but the day before we slog back to work?

Communicate. Be honest. Be friends again. “Yeah,” I say. “They do all wear them. Dale Junior, too, when he comes. It’s not bad. I mean, if you do get tackled or you fall down or something, you know, there’s enough fabric there to…” I feel like I’m ten years old, trying to explain Batman to a grown-up.

I squeeze Sally’s hand. It’s warm and a little moist. She smells like Fabreeze. “Thanks,” I say. I want to tell her everything, how effortless it looks when he throws the ball, how amazing it feels to catch one of those spirals, what it’s like after we play, when we’re leaning against the trucks and cracking jokes, listening to Brett tell stories about Lambeau Field or the Super Bowl, how it feels like we’re in the center of the world all of the sudden, like the cameras amplify everything – the jokes, the game, the jeans, the Nikes, even my own little life. I want to say all of that but it’s getting late and Sally has moved on to her jeans and I picture him there, standing next to the pickup with a bag full of footballs and wondering why he even bothers with this shitty little town and us assistant managers and sales reps and teachers and accountants.