I dunno, man, I just fucking love Road House. Yeah, the Patrick Swayze bouncer movie. I can’t explain it. I just do. 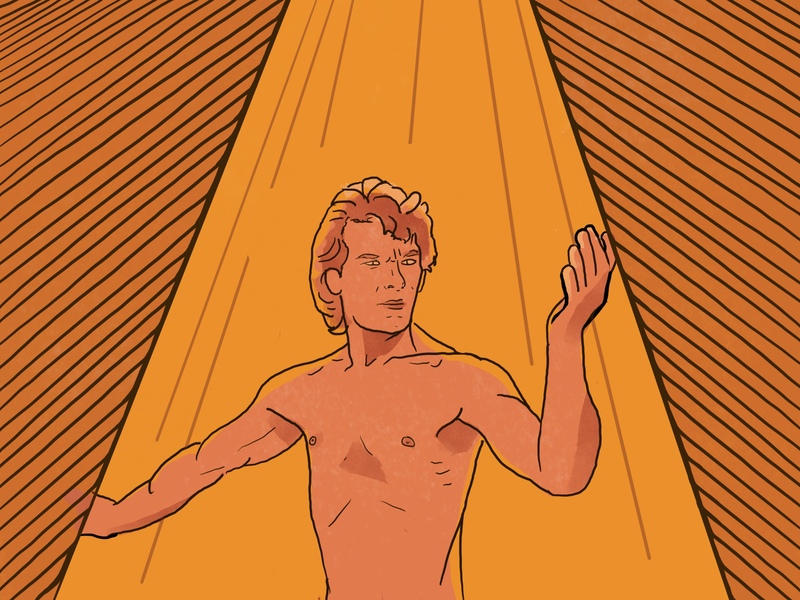 I was out of college when I first discovered Road House, long past it’s prime as a cable-TV staple, but still available for rent at the video store up the street from my $350-a-month basement apartment in Binghamton, NY. I probably watched it while eating store-brand cereal for dinner. A DVD rental was the last luxury I had; $2.50 scrounged from change jars and wadded singles on payday. Maybe that’s why it was love at first watch. Because I had to make it worth the sacrifice. $2.50 was an egg roll for lunch at the Chinese restaurant in the far corner of the Oakdale Mall, the only thing I could afford in both money and time on the 25 hours a week I was slated for at FYE. $2.50 was round-trip bus fare. $2.50 was ramen and cereal and canned fruit to keep me fed.

Or maybe I loved it because it was exactly the kind of bonkers I needed in a life that was suffocating me. I was the only one of my friends who hadn’t gotten into grad school. I was writing stories that were piling up rejection letters like the broken glass and eyeballs on the floor of the Double Deuce. Maybe I loved it simply because it’s Road House.

There’s a scene, early on, where a Double Deuce patron tells another man he can kiss his wife’s breasts for $20. His mark, billed as “Gawker” in the credits, exclaims, “Are you KIDDING?!” It’s my favorite line-read in all of cinema. His baffled joy is effervescent. I hope he was able to parlay that scene into a lifetime of ribbon cuttings and convention appearances and commercial spots. “Two-for-one sides at The Sizzler? Are you KIDDING?!”  The actor’s name is Michael Wise and I want nothing but happiness for him.

Road House exists in world where there are no rules. A world where famous bouncers roam the land like errant knights. A world without cops but still a Photomat and a 7-Eleven and the possibility of a JCPenney’s. A suburbia that remains as lawless and violent as any Old-West settlement. R. Lance Hill, writing the screenplay as David Lee Henry, didn’t give a fuck about plot logic or bankability. He just wanted to see big titties, throat-rips, barfights and a long scar down Sam Elliot’s groin. He wanted heroes, damsels and bastards. He wanted blood and spit and sweat and beer.

I want to write like that. Live like that. Be free of constraint and straightforward in my intentions. Not cater to the whims of market. Tell the story I want to tell and trust it will find its audience, in theater seats or on the USA Network or for $2.50 at Video King.

My agent comes back with the bad news. Not a single bite on the new novel, the one that contains my whole heart. Not even a chance at the table. Pain don’t hurt, I remind myself. The stitches are clean and even. No sign of infection. I’ve done this before.

At no point do you ever question the storytelling logic of Road House. You never ask how does everyone know Dalton or did anyone ever call asking about that great BUiCK or why don’t the cops investigate any of the mountains of crimes going on literally every night? You don’t care. Rowdy Harrington’s Jasper, Missouri is such a rich and vast place that have no choice but to hop in and take the ride.  We all know Wade Garrett’s the best. I mean, just look at him. 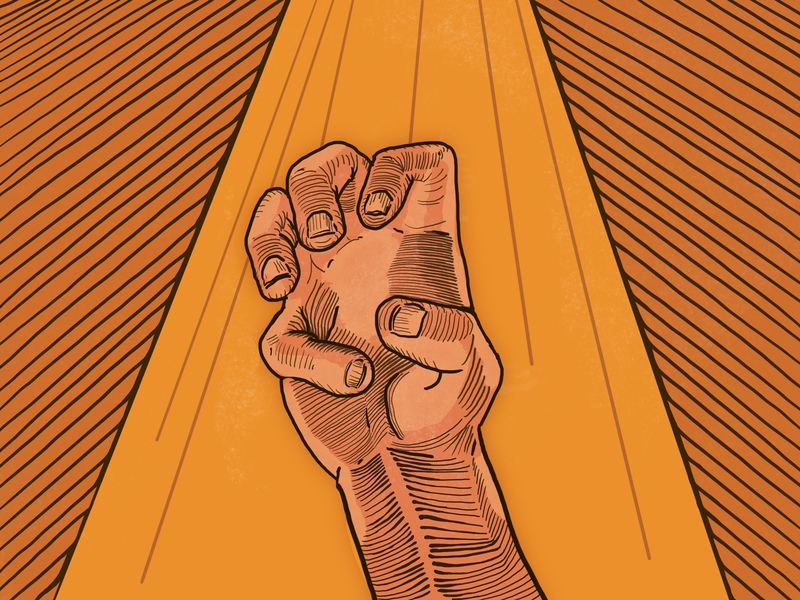 I spent a snowy weekend in a motel in Little Falls, trying to write another goddamn novel, trying to convince myself that I wasn’t just an absolute piece of shit, a failed nobody with one book and a handful of short stories that got passed over for awards every goddamn year. Sensory deprivation float, light sauna, deep tissue massage, nothing helps relieve this tight-wire-coil anxiety. Because it turns out that pain does hurt, and it hurts deep inside you, someplace where nothing can ever fully staunch the bleeding. As it turns out, I’m a messy bleeder.

Nothing, that is, until I found Road House on TV. Like a beacon. Like a sign. Commercial punctuated, sanitized for viewer protections. I used to *bleep* guys like you in prison. I can’t stand back and let my mental Brad Wesley drive all over my confidence. I can’t just stand back and drink coffee and hope the book will fix itself. I need to go for the throat. I need to stand up and fight for these pages in which I have made my home, no matter how many pages I need to tear to pieces.

The original cut of Road House, according to Sam Elliot, was more than three hours long and included a scene where Dalton trains the other bouncers to bounce while they wear tutus. Frankly, we, as a society, don’t deserve the three-hour cut of Road House.

The last time I watched Road House was at the Barrelhouse Writer Camp in Port Matilda, PA, just up the road from where director Rowdy Herrington attended Penn State in the 70s. It’s a camp tradition; the first year I was there, burnt to hell from a child murder case I’d reported on just two days before arriving at the bunkhouse, all I could even think to write was a poem comprised of lines from the movie. I called it “Dalton’s Lament.” It has yet to be published anywhere but within the pages of what was then a fresh notebook. That same notebook held the early drafts of the novel that my agent couldn’t sell. I don’t hold it against the notebook. It upheld it’s end of the bargain.

This year carries equal weight. Three hours earlier we found out that my father-in-law had been taken to the ER by ambulance after falling in his home. We do not know yet if we’ll have to pack our bags and drive back to Upstate New York; all we can do is wait for the doctors to call back. Road House, as it always does, provides a reprieve, a safe haven, a moment outside of our heads while we try and sort out what’s next.

My father-in-law recovers. We stay through the weekend to watch Dirty Dancing. Or as I like to think of it, Road House for girls. But “Raising Heaven (In Hell Tonight)” is a far superior song to “She’s Like The Wind” in the Patrick Swayze Movie Song canon.

This story needs more vibes, my friend/editor Dave Housely tells me. He’s right and I know it. Road House is all vibes. Internal brooding. Hard looks and soft lighting. Trusting your audience to take this journey with you. You can get halfway to Jasper on vibes alone.

Be nice. Take it outside. Don’t take it personally. Expect the unexpected. Be nice until it’s time not to be nice. Zen koans from a movie where a man drives a monster truck through a car dealership. These are words to live by, words to write by. The Double Deuce is a rough draft. Rally your community. Sweep up the eyeballs, or blow up Red’s if he just won’t pony up. Finish what you start. Go forth without fear. Keep a $20 on you at all times, just in case.

Libby Cudmore is the author of the hipster mystery The Big Rewind (William Morrow 2016) and the Martin Wade PI series at Ellery Queen Mystery Magazine. Her work has been published in Reckon Review, The Coachella Review, Bleed Error, The Normal School, PANK, The Stoneslide Corrective, Big Lucks, The Big Click, the Barrelhouse blog, and the anthologies Hanzai Japan, Mixed Up, Welcom Home, A Beast Without a Name, and Lawyers, Guns and Money, which she co-edited (with Art Taylor). She is a three-year alumni of the Barrelhouse Writer Camp and the co-host of the OST Party, The Shattered Shield, and the Misbehavin' podcasts.

Sarah Salcedo is an award-winning filmmaker, illustrator, and author. Her stories, essays, and poetry have been published in Uncharted Magazine, Luna Station Quarterly, HAD, The Future Fire, Hypertext Magazine, and elsewhere. She was the Spring 2022 Writer-in-Residence for Town Hall Seattle and attended both the 2022 Tin House Winter and Summer Workshop. You can find her on Twitter at @SarahSalcedo or on her website, http://sarah-salcedo.com.