In medieval times it was believed that the body could only possess one ailment at a time.  And so they would take a sick man and burn him with a brand, so that he could be burned now, and not ill; gangrenous and not mad.  When Phoebe's boyfriend said he felt they were growing apart, she called his boss and asked him to fire Tom, so that Tom could be stressed about being unemployed instead of stressed about his relationship with Phoebe.  "Conniving," Mr. Anderson said on the phone.  "I like that in a woman."

"I like that in a man," Phoebe replied, which didn't make sense but she said it in a low and sultry way, so it didn't matter what the words were because the voice was all sex.

"Are you free on Friday?" Mr. Anderson asked.

& anyway, children, that is more or less how your grandparents met. 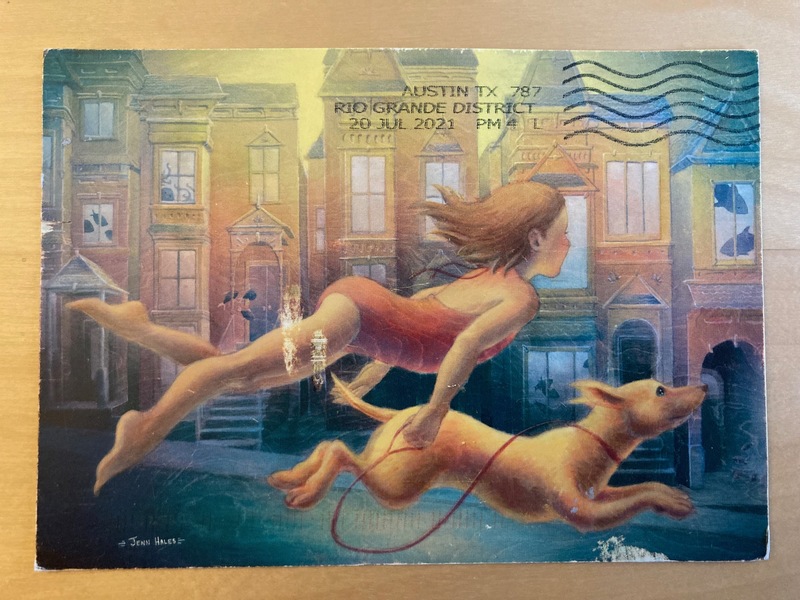 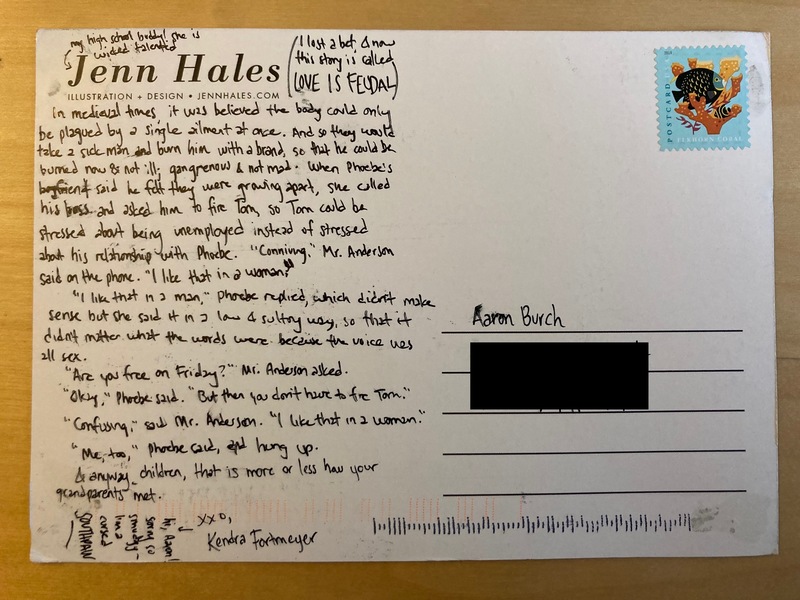 Kendra Fortmeyer is a lifelong left-handed writer of smudgy correspondence. She's also the author of feminist magical YA novel Hole in the Middle whose fiction has been awarded the Pushcart Prize and been featured in Best American Nonrequired Reading, One Story, LeVar Burton Reads, The Toast, Lightspeed, and elsewhere. She is a graduate of the Clarion Science Fiction and Fantasy Writers’ Workshop and former visiting writer at UT Austin.