Collaboration, Surprise! Part One
(Some of Evan Williams' fellow HAD contributors remix his work)
+ An "Evan's Favorite" from the archives

If I had no mouth, the stove would have woken me.
Who is content—
Note who believes.
Through the body, the apocalypse gathers
with absolute precision
like it is preparing us for a rainbow,
sculptures at the candle factory.
Who could get used—
The fire becomes tall and I want to become a fire.
I stand in the corner, especially naked,
always dreaming of something
until the last of my strength is gone.
The sound of an egg gets dark.
Tell me I’ve won.

We have appointed the tallest man among us
to fit a lens over the eye
of the storm.

The building shrinks upon us
into the size of a sardine can.

I make coffins at the cannery,
a package-shaped death.

The Tall Man teaches me to eat
sculptures at the candle emporium.

I hear from inside my chest
the whole world hissing,
popping.

He really is a very good gardener, that Tall Man,
the tallest point on earth.

Parched as I am, I am
a blade of grass, growing.

Even in the worst of times,
the Tall Man said.

Inside the end of the rainbow,
I’ve won sweet dreams.

[for evan, featuring many of his words]

I need you like I need a hole in my skull,
like a Tall Man needs your birds,
or the prism of a rainbow busting
through the window
and turning us into a rainbow.
a tornado yanked the office off its studs
and took all the photocopies.
so this is starting over—
jobless and dressed like hot air balloons,
staying up late, watching the body
of a neighboring tree stop holding
the snow piling onto it.
shoo, shoo, you tell the avalanche,
from our edge of a lake playing dead.
you dig a hole in my skull
and say you can see the whole world
coming together again.
I ask if there are stars in there,
and you reply by naming them all
and kissing ‘em dim.
I wait for you to grab my hand
with your dainty octagons
and tell me their glow is beautiful.
please. I need it.

The whole world hissing, popping. All of space
and time—to stretch far enough, to be there, to know…

I stick my head out the window, and I am
a blade of grass. But I wouldn’t move.

I want to say that I started a fire. I want to say
I swallowed the plane. A zeppelin. I was so hungry.

I didn’t know what to do. I had no choice then but
to make copies of myself. We speak as a collective.

We get lost. We get to the future. We could get
used to life. The end of a rainbow, the bird song,

the other, the bones and all. I have dreamed to be.
I am siphoned out of myself. I hear from inside my chest

the sound a telephone makes before it learns to ring.
I beat on the walls. I can do what is needed.

I started a fire and I wanted to become a fire. I don’t
know. I can’t hear. I just want to help.

Each morning I go to the ocean, I submerge myself.
The blood does not dampen the fire. To be there,

without a breath, all that’s left is someplace smaller. 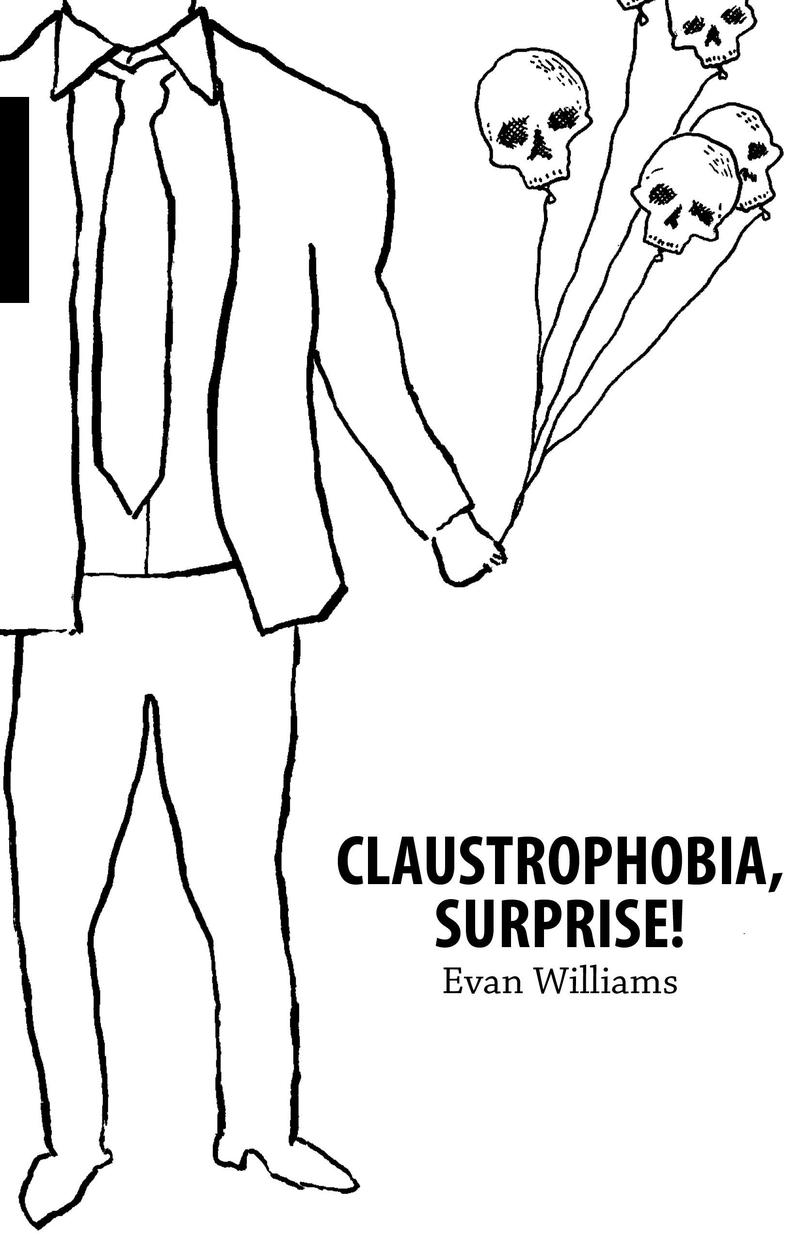 A Tiny Inventor Lives in My Sock Drawer by Alexander Evans

But not the kind of inventor you’re thinking of, surrounded by blueprints, head full of levers and pulleys. This inventor in my sock drawer is the kind that I imagine gets seated next to that inventor at dinner parties.

In the morning, I say, “do I really not have any matching socks?”

He says, “a croissant that cures poison ivy. Is that something?”

I close the drawer, and hear a muffed voice say “remote-controlled fountain pen.”

I think he is a hack, full of dumb ideas and no follow through. I tell him this at night when I open the drawer for no reason other than to harass to him.

“Do you ever actually make anything? Anything real?”

He says, “we’re in discussions with investors. Prototypes are pending.”

I say, “what, you’ve got Shark Tank in there now?”

He says, “with another round of funding, we could be in stores by third quarter next year.”

I laugh, but he ignores me.

One day, I open the drawer, and I find that the inventor is gone. I peer into the drawer and see the walls of the drawer are covered with tiny designs for a flying suit made entirely from my orphaned socks. It has six cupholders, a cigarette lighter, and XM radio. The design is intricate and ingenious. I’m not even angry that he used my socks.

I still wonder sometimes whether it was all real. Whether next year, there will be flying suits outfitted like luxury sedans for sale in Bed Bath and Beyond. Whether my tiny inventor will be on the news showing off new designs, collecting prizes, and telling the world how he used to have a roommate that didn’t believe in him, but how that just fueled his passion. Whether I’ll still be sitting on my couch wearing mismatched socks and no pants and eating dry cereal from a cracked bowl and lobbing insults at my empty dresser.